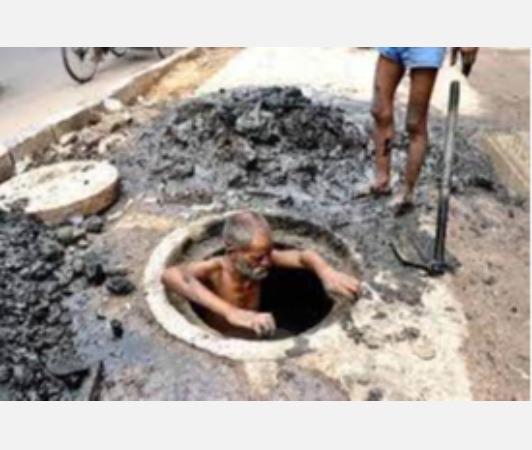 Humans should not be used to clean the septic tank. This is happening even after the Supreme Court has banned human disposal of human waste.

Chaudhry Chaudhry, MP, spoke on the loss of life in 2021 due to sewage disposal. The question was raised.

Central to this Department of Social Justice And Minister of Power Ramdas Advale told the Lok Sabha yesterday, “This year alone, 21 people have lost their lives in sewage disposal. In Karnataka and Tamil Nadu, 5 people died each. Four were killed in Delhi, three each in Gujarat, two each in Haryana and Telangana and one each in Punjab. 19 people were killed last year. 117 people were killed in 2019, 70 in 2018 and 93 in 2017.

Answering a similar question on the 8th, Ramdas Atwale said, “In the last 5 years, 321 workers have died in accidents while cleaning sewers.

But there were no reports of casualties when human waste was removed.
These accidents have happened because the septic tanks are not built properly by the standard rules. The maximum death toll in 2019 was 119. By 2020, only 19 people will have died. Humans have been banned from cleaning septic tanks in India. ”