10 decisions of the Disciplinary Committee, the most prominent of which is the postponement of the decision on the Al-Wasl and Al-Bataeh match 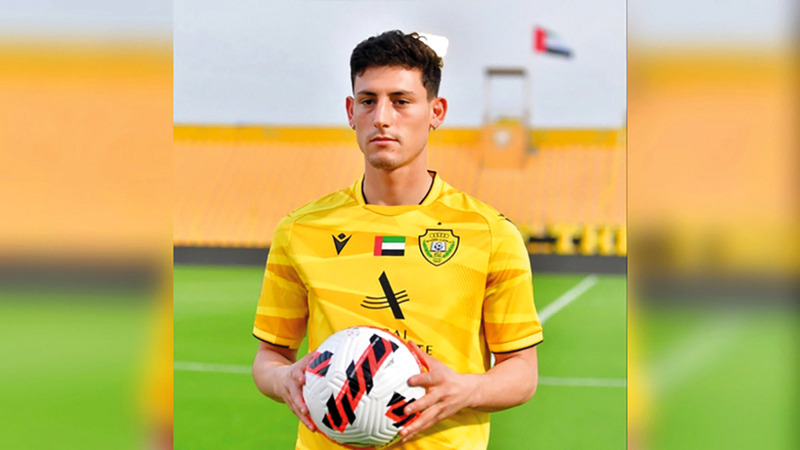 The Football Association’s Disciplinary Committee gave Al-Wasl Club an opportunity to respond to the complaint submitted against it by Al-Bataeh Club in the case of the Argentine player Thomas Shankalay until the third of next October, during its meeting, yesterday, headed by Counselor Saeed Al-Houti, with the participation of the Vice-Chairman of the Committee Hamdan Al-Zyoudi, and members of the Committee Hassan Al-Shaibani, Salman Al-Taweel, Badr Khamis, and the rapporteur of the committee, Shadi Medhat.

And the Football Association said in a statement, “The meeting began with informing the committee of the request to step down submitted by member Hassan Al-Shaibani, regarding the consideration of the complaint filed by Al-Bataeh Club against Al-Wasl Club, related to the participation of Thomas Shankalay, Al-Wasl player, in the match that brought the two teams together in the second round of the ADNOC Professional League competition. The committee also reviewed the request for the term submitted by Al-Wasl Club, and decided to grant Al-Wasl Club a deadline until the third Monday of next October to submit the reply note.

Al-Bataeh based his complaint on the fact that the Al-Wasl player was punished in his country with a three-match ban, which means that his participation in the two teams’ match in the second round of the league is incorrect.

The committee reviewed the complaint filed by Hatta Club against Al-Orouba Club in the first division, and decided to give Hatta Club a deadline until September 26, 2022 to respond to the commentary note. Sharjah Club player Salem Sultan during the Ajman and Sharjah match, and a fine of 30 thousand dirhams was imposed on the Sharjah Club, for obtaining six yellow cards in one match, and drew attention to Al Ain Club because of the unacceptable expressions of its fans against the referee of his team’s match against Al Jazira Club, in The third round of the ADNOC Pro League.

The committee drew attention to Dibba Club due to the lack of a doctor on the bench in its match against Al Wasl, in the U-21 professional league.

The Disciplinary Committee also drew the attention of the Fujairah Club to the entry of some fans to the stadium “near the touch line”, during its match against Al-Uruba in the U-21 Youth League competition, and the committee imposed a fine of “1,000 dirhams” on Sharjah Club, for spraying the stadium in a wrong way. The specified times were not coordinated with the observer of his match against Al Dhaid in the U-17 Youth League competition, while I drew the attention of Hatta Club, for not providing a paramedic in its match against Maliha in the same competition, which caused a delay in the start of the match for four minutes, and drew attention to my club. Al-Jazira and Al-Ahly youth, because they did not include the injury of one of their players on the electronic football medical system.

And Al-Wasl club was punished with two penalties for drawing attention and warning for violating the match operations protocol in the U-17 Youth League and the Cubs U-13 League “B”.

– Granting a deadline for Al Wasl Club until the third of next October to submit the reply memorandum.

Hatta was given a deadline until September 26 to respond to the commentary note in the Al-Uruba match case.

Sharjah fined 30 thousand dirhams for obtaining six yellow cards in one match for its players.

– He drew attention to Al Ain Club because of the unacceptable expressions of its fans against the referee of his team’s match against Al Jazira Club.

– He drew attention to Dibba Club because there was no doctor on the bench in its match against Al Wasl.

– He drew attention to Fujairah when some fans entered the stadium in the U-21 Youth League.

Cancellation of the red card for Sharjah player Salem Sultan during the Ajman match.

– He drew attention to Hatta Club for not providing a paramedic in its match against Maliha in the Premier League.

He drew attention to Al-Jazira and Al-Ahly clubs, because they did not enter the injury of one of their players on the electronic medical system.

– Attention and warning to Al Wasl for violating the match operations protocol in the Junior League and the Cubs League.