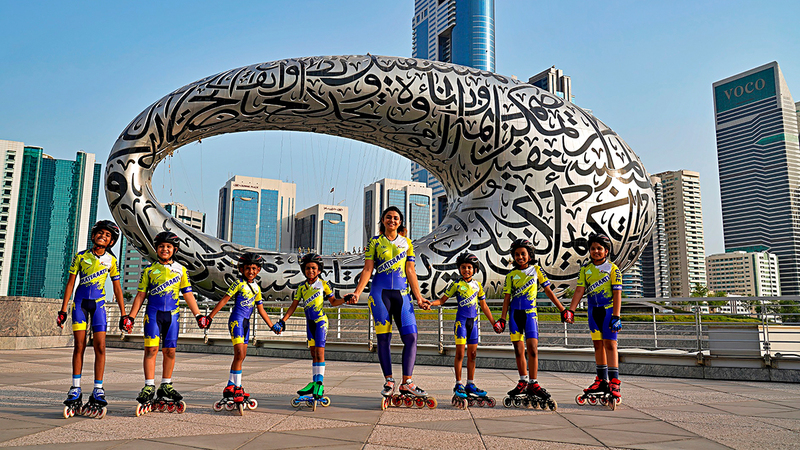 Dubai is witnessing the establishment of 10 various sports events, to be held in cooperation with the Dubai Sports Council, and a number of government and private institutions, during the end of this week, in various regions in Dubai.

Cissada International Kickboxing Championship tops the list of events taking place this weekend in Dubai, and the championship will be held on Saturday 25th of this month, at the Arena in Madinat Jumeirah, which will be attended by the world-renowned Hollywood star, Thai boxer Tony Jaa, the hero of the movie “Aung Bak”.

A group of the strongest kickboxing champions in the world will compete in the tournament, from China, France, Italy, Belarus, Turkey, Iran and others, and the tournament will witness the establishment of 15 fights, the most prominent of which will be the main fight between Belarusian Disneys Zuyev, the 2014 World Champion, who defeated many famous players in the world, He will face Frenchman Jeremy Payet, who won the world gold belt from the WBMF Professional Muay Thai Federation, and the world gold belt of the WMO World Muay Thai Championship, and has maintained his world title for three consecutive years since October 2019.

Hamdan Sports Complex will host the Hamilton Aquatics Summer Swimming Race, which will be held on Saturday and Sunday 25 and 26 January from 8 am to 7:30 pm, and 591 male and female swimmers from 19 academies, including 7 academies from outside the country, compete in the categories The age ranges from 9 years old to 18 years old. The competitions for the fourth edition of the “King of the Table” international arm wrestling championship, organized by All In Sports for Sports Services, will be held on Saturday at The Space Dubai Investments Park 2, and will witness the participation of 6 of the strongest arm wrestlers in the world, including the world champion, Canadian Devon Larrat, and Georgian Levan Saginashvili.

3 running races are also held in various regions in Dubai, the first of which is the Sahara Night Run, which is organized by the Sahara Sports Services Company, on Saturday, June 25, at the Al Marmoom Camel Racing Club. 2» for the night run at Meydan Racecourse, and the Wafi Summer Run, which will be held inside the Wafi City Shopping Center on Sunday.

The third Inline Skating Championship will be held at the Al Wasl Sports Club in Al Jaddaf, which includes competition for categories from 3 to 17 years old, with 200 male and female competitors participating. The Tip Factor adventure events for women are also held at the Tip Factor Club in JBR area. The Tech Cup for Badminton will be held on Sunday at the Prime Star Sports Center in Al Qusais, with 2 men, doubles and 2 mixed.

World champions in arm wrestling meet in Dubai on Saturday.