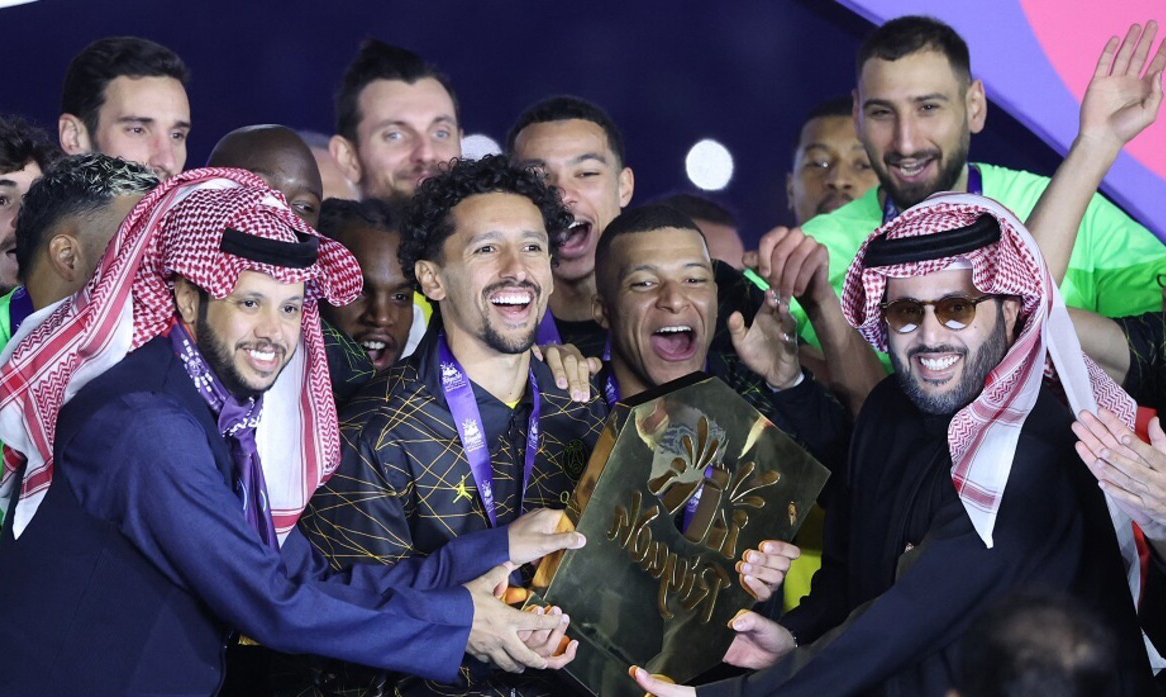 The Saudi businessman, Musharraf Al-Ghamdi, has become the owner of the most expensive ticket to attend a match in football history, by purchasing a “beyond imagination” ticket to attend the Al-Nasr and Al-Hilal Stars match against Paris Saint-Germain that took place last Thursday at the “King Fahd” International Stadium, with a value of 10 million riyals. Saudi.

Last Wednesday, Advisor at the Saudi Royal Court, Turki Al-Sheikh, head of the General Authority for Entertainment, announced that Musharraf Al-Ghamdi won the ticket auction “above imagination” after the amount reached 10 million Saudi riyals ($ 2.7 million), which is the most expensive in history.

The “Above Imagination” ticket, its owner, Musharraf Al-Ghamdi, was given the opportunity to watch closely the stars of the two teams, led by the Portuguese Cristiano Ronaldo, who led the team consisting of the Saudi Al-Nasr and Al-Hilal players, and the Argentine magician Lionel Messi, captain of the Paris Saint-Germain team, in a match that was held within the “Riyadh Cup” at the stadium. King Fahd International Stadium, and ended with the victory of Messi and his companions at the expense of Ronaldo’s team, with a score (5-4).

The ticket also gave Al-Ghamdi the opportunity to attend the coronation ceremony, enter the changing rooms and meet the stars of the two teams, in addition to other advantages.