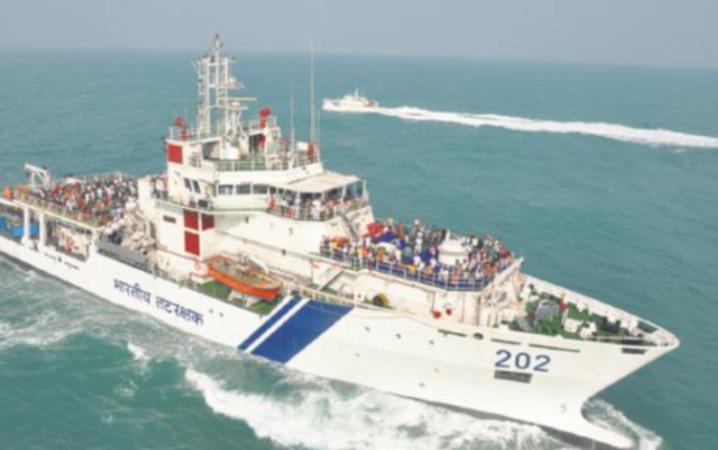 The Pakistani boat that entered the Gujarat seas was seized and 10 people on board were captured by the Indians Coast Guard Has arrested.

about this Gujarat Coast Guard A spokesman said on his Twitter page yesterday:

A Coast Guard vessel was patrolling the Arabian Sea on Saturday night. At that time, the Coast Guard noticed a boat coming into Indian waters about 6 miles away. Meanwhile, those on board tried to escape as soon as they saw our ship.

But our soldiers who chased us captured that boat. They arrested 10 people on board the Pakistani boat Yaseen and confiscated 2,000 kilos of fish and 600 liters of fuel.

We then bring the boat and its occupants to Porbandar and interrogate them. Thus he stated in that post.

Chief of Naval Staff VS Pathania has ordered the intensification of patrols in the Indo-Pakistani waters as such incidents are frequent in the Gujarat seas and Pakistani militants are likely to infiltrate India.

On September 15 last year, 12 people were captured by the Pakistan Coast Guard in the same sea area. Similarly, a Pakistani fishing boat was confiscated on December 20 last year. Six persons were arrested and Rs 400 crore worth of heroin was seized