10% positivity rate in 120 districts across the country: A promising Mumbai situation 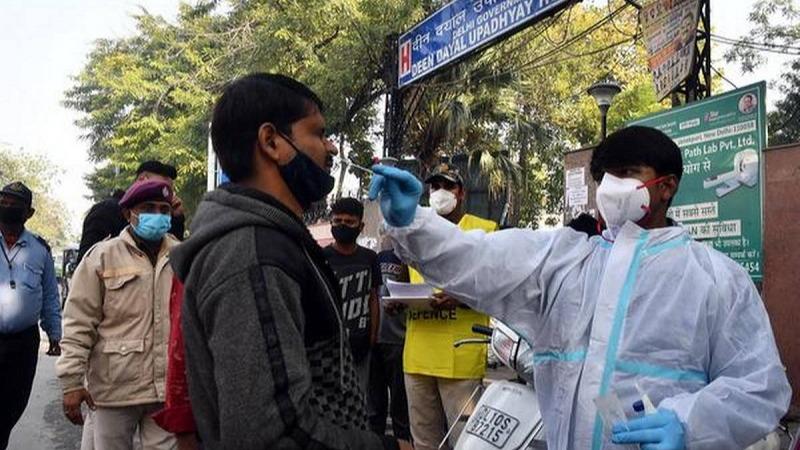 New Delhi: Corona The third wave Has tightened its grip on India. The weekly positivity rate is 10% in 120 districts in 29 states across the country. But at the same time, the pace of corona positivity in Mumbai is picking up hope.

Thus the grip of the corona in India is sure to tighten day by day.

Today’s situation is: Across the country, 1.94,720 people have been diagnosed with corona infection in the last 24 hours, according to the Federal Ministry of Health. 60,405 people have recovered from the infection. The number of people in treatment nationwide is 9,55,319. The daily positivity rate is 11.05%. The omega-3 impact across the country is 4,868.

Mumbai situation promising: Even though there is a 10% positivity rate in 120 districts across the country Omicron infection The situation in the city of Mumbai in the state of Maharashtra, which is high, is promising for the country. In Mumbai, 11,647 people were confirmed infected on Tuesday, down 14.66% from the previous day. Similarly, the Test Positivity Rate (TPR) has been reduced from 23% to 18%. On January 10, the corona was confirmed to 13,648 people. 59,242 experiments were performed that day.

But that was January 11 (yesterday), when 62,097 people were tested and only 11,647 were confirmed infected. The proportion of inpatients admitted to the hospital also declined from 21% to 19.9% ​​during the same period.

Daily impact in Mumbai has been steadily declining since January 7. State Health Minister Rajesh Tope said it was not right to say that the Mumbai Pandemic was beginning to decline. But at least it’s fun. Said to be constantly monitored.

South Africa situation: It was first held in South Africa on November 26 Omicron infection Found. Then the rate of infection there increased 4 times daily. However, the spread of infection has slowed at the same pace. The government said in a statement on December 29 that the rate of corona spread in the country had dropped by 40% in a single month. As of yesterday, 5,668 new cases of corona had been confirmed in South Africa. The statistics are shared on the website of the National Epidemiology Center of South Africa. Accordingly, the average number of infections reported in the last 7 days in South Africa was 18.3%, which is lower than the 19.2% affected by one day yesterday.

Researchers also say that cats need to be included in any precautionary measures against the virus.