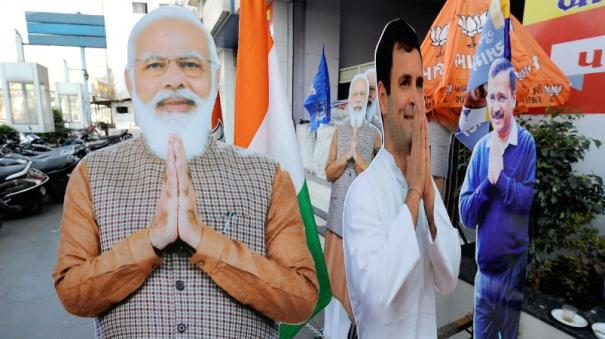 New Delhi: The general consensus is that the Modi wave, which started in 2014, has not abated. Weak opposition parties and lack of unity among them is said to be the reason for the continuation of the Modi wave.

In this context, the newly born year 2023 is a big challenge for the political parties. The reason is that the 10-state assembly elections coming up in the new year are considered semi-finals for the 2024 Lok Sabha elections. It is the hope of national politics that the people’s support will sweep over the winning party.

In this case, 10 states namely Tripura, Meghalaya, Mizoram, Nagaland, Karnataka, Rajasthan, Madhya Pradesh, Chhattisgarh, Telangana and Jammu-Kashmir will hold assembly elections in 2023. Among these, Karnataka, the only BJP-ruled state in South India, has become a major challenge for the party. There have been a lot of corruption complaints against the controversial BJP government here. The clash between Karnataka Chief Minister Basavaraj Bummy and former Chief Minister Yeddyurappa has also put the BJP to the test. The split between the Reddy brothers and the newly emerged Kalyan Pragati Party seems to be a loss for the BJP.

Among the Hindi speaking states are Rajasthan, MP. And the election of Chhattisgarh plays an important part. The conflict between Chief Minister Ashok Khelat and former Deputy Chief Minister Sachin Pilot in Rajasthan has been a perennial headache for the Congress. BJP has been in power for the past 20 years in MP
It has become a big challenge. The clash between the top Congress leaders in the state is in favor of the BJP. In Chhattisgarh, there is a tough competition between Congress Chief Minister Bhupesh Bagal and opposition BJP’s DS Singhde.

A direct clash between the BJP and the Left is expected in Tripura, one of the northeastern states. In nearby Meghalaya, the Congress won 21 seats in the last election but failed to form a government. As a result, the BJP formed the government along with the National People’s Party (NPP) in the state. This time, NPP is planning to form an alliance with Mamata’s party and contest. The BJP, which has won only a maximum of 12 of the 60 seats in Nagaland, needs to grow there. In most of these 10 states, there is a direct contest between the BJP and the Congress.

Therefore, this year has become a good opportunity for the Congress party to play an important role in the 2024 Lok Sabha election contest. Of these, great
Congress will get support in 2024 Lok Sabha elections only if Congress wins in many states. Otherwise, no one can stop the BJP from emerging as the single strongest political party in the country and continuing in power for a third term at the centre.