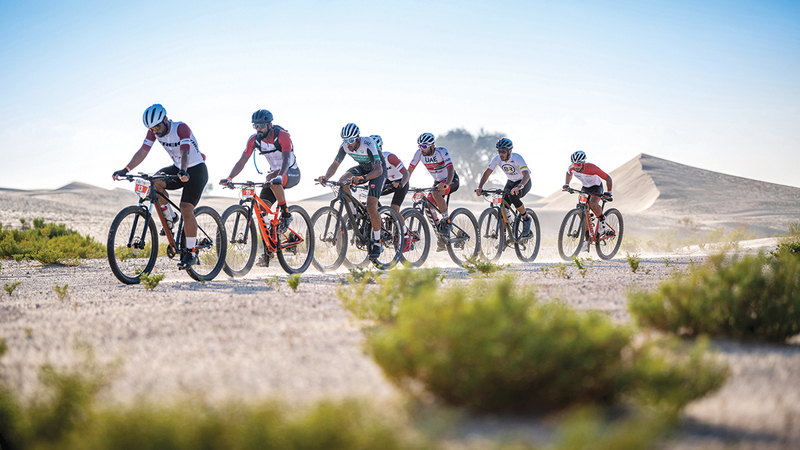 Omair bin Juma Al Falasi, Chairman of the Organizing Committee and CEO of the Office of His Highness Sheikh Mohammed bin Rashid Al Maktoum – Procurement and Finance, said, “After the great success achieved by the third race for the elite within the seventh season of the Peace Championship race, which was launched for the first time from the Shindagha Heritage and Traffic neighborhood, In a number of modern areas in Dubai and then heading to the Al Qudra area, we return the contestants once again to a pure natural atmosphere in the fourth race this season through a new track that extends for about 70 kilometers in the middle of the Salam area and the Marmoum Reserve, which forms an essential part of the wonderful countryside and wilderness of Dubai.

He added in press statements: “The peace championship in every season includes a great diversity in the nature of the races and in the participating categories, until we have national champions in various types of races, as the desert cycling race occupies a distinguished place in the interest of our athletes and witnesses a growth in the number of participants, so it has been added Two races in this category within the seventh season, and we have also chosen a distinguished track that includes challenges that require technical and physical skills that will increase the splendor and strength of competition and increase the expertise and experiences of our national riders participating in the championship.

The organizing committee said in a statement that 100 participants have been registered, in a noticeable increase in the number of participants in light of the successes achieved by the peace championship in general in previous seasons, and the desert race in particular, which is gaining increasing popularity in the country in the context of the increase in the number of bicycle practitioners in general. .

The Organizing Committee confirmed that it had “completed arrangements with success partners and government agencies to secure the race track and provide all safety measures for the contestants, according to an integrated plan through which it seeks to continue holding this type of race with the highest standards and taking into account the smallest details.”

The total financial prizes for the seventh season amount to five million dirhams, as the competition program for the seventh season includes the organization of seven races for various categories with the participation of more than 1,000 cyclists. The second Emirati amateur race will be held on February 4 for a distance of 137 km, and the elite women’s race will be held on the 5th of the same month for a distance of 157 km.

I have not met Chandrababu.. It is all a lie: YCP MP Clarity

Lima: My move to Al Ain next season is a “joke”