100 thousand Russian soldiers on the border of Ukraine .. and Washington is concerned 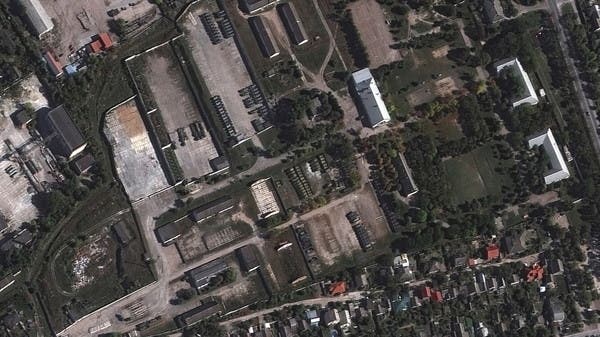 At a time when US Presidents Joe Biden and Russian Vladimir Putin are scheduled to speak by phone Thursday to discuss the latest developments on the Ukrainian arena, the White House announced that Washington is still “very concerned” about the presence of Russian forces on Ukraine’s borders.

And he added in a statement, Wednesday, that the US president will offer his Russian counterpart a diplomatic course on the tension between neighbors.

The announcement came as Putin steps up his demands for security guarantees in Eastern Europe.

Fears of a Russian invasion

The two will also discuss a range of topics, including upcoming diplomatic engagements, according to Emily Horne, a spokeswoman for the US National Security Council.

As the United States and its Western allies pursue a Russian military build-up near Ukraine’s border, which has reached an estimated 100,000 soldiers, fears are heightened that Moscow is preparing to invade Ukraine.

State Department spokesman Ned Price said Blinken affirmed the United States’ unwavering support for the independence, sovereignty, and territorial integrity of Ukraine in the face of Russia’s military build-up on the Ukrainian border.

Price added that the two discussed efforts to resolve the conflict peacefully in eastern Ukraine and upcoming diplomatic engagements with Russia.

As for Putin, he had announced earlier that he would study a range of options if the West did not meet his demand to provide security guarantees that would prevent NATO from expanding in Ukraine.

At the beginning of this month, Moscow submitted draft security documents calling for NATO to be banned from Ukraine and other former Soviet republics, and to withdraw its military deployment in Central and Eastern Europe.