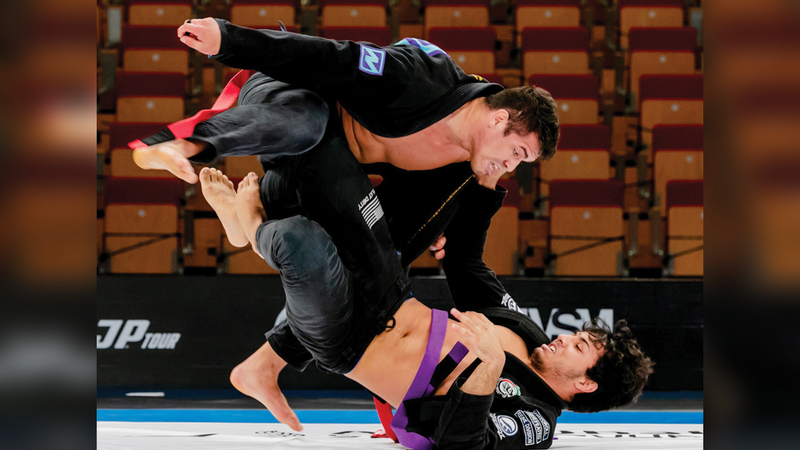 Today, the final round of the Abu Dhabi Grand Slam Jiu-Jitsu Championship for the 2021-2022 season kicks off at the Jiu-Jitsu Arena in Abu Dhabi, and will continue until May 8, with the participation of more than 1,000 male and female players from 42 countries, led by the UAE, Brazil and Colombia.

The final round of the Abu Dhabi Grand Slam Jiu-Jitsu Championship for the 2021-2022 season will be held over three days. The first day will witness the junior competitions, whose fights begin at 11 am, and the winners will be crowned at 5 pm.

The enthusiastic activities of the first day of the tournament continue with the Queen of the Carpet competitions, which start at five in the evening, and conclude with the coronation of the winners at 6:30 in the evening.

The second day of the championship begins with the competitions of the masters category, which start at 11 am, while the winners will be crowned at 5 pm.

The third and final day of the tournament begins at 11 am with the professional category fights, and ends with crowning the winners at 5 pm. The official weighing procedures for all participants in the tournament begin at 8-10 am on Fridays, Saturdays and Sundays.

A special place for the Abu Dhabi tour