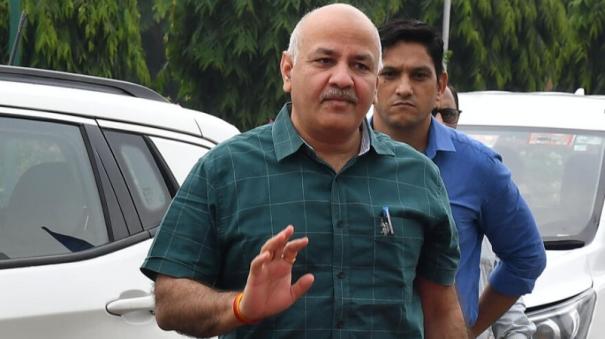 New Delhi: Delhi Deputy Chief Minister Manish Sisodia said that even if the CBI conducts thousands of searches, it will not find anything related to the allegation.

On the 19th, CBI officials raided 31 places, including Deputy Chief Minister Manish Sisodia’s house, following complaints of irregularities in licensing of liquor shops in Delhi. Important documents have been seized. CBI has registered a case against 15 people including Sisodia. But Sisodia denies the allegations against him.

Meanwhile, Manish Sisodia spoke in a special meeting of the Delhi Legislative Assembly yesterday and said: The First Information Report (NIR) registered against me regarding the implementation of the excise policy, which has now been withdrawn, is fake. Even though the CBI conducts thousands of searches, nothing is found regarding the allegation.

CBI works at BJP’s behest. The BJP has been disturbed by the performance of the Aam Aadmi Party governments, especially in the education sector.

This is the first case of corruption in the country to be registered where the government has received additional revenue from license fees without imposing additional financial burden on the citizens. The CBI headquarters has become the BJP headquarters. BJP leaders are releasing many statistics for this scam.

Officers searched every corner of my house for 14 hours. But nothing was found. Now I don’t have a phone. Not even a WhatsApp number. My phone is switched off. This was said by Manish Sisodia.