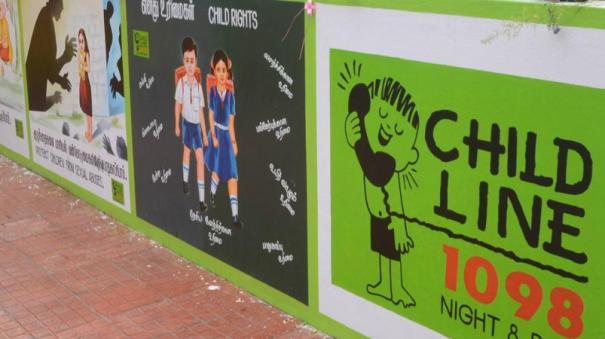 Delhi: The central government has denied the news published in the newspaper that the 1098 child helpline number service for children and minors will continue. Let’s look at it in detail.

“Centre hanging up on 1098; “Children will have to call 112” was published in today’s newspaper (September 14). The Union Ministry of Women and Child Development has denied it and given an explanation.

“The Central Government is planning to link the Child Helpline number (1098) 112 with all emergency calls. 112 India is planning to implement the 112 India app with the help of District Child Welfare Organizations, Central High Computer Development Center called CIDAC,” Deputy Secretary, Ministry of Women and Child Development, Manoj Kumar wrote on the 12th. He said in the letter. The news was published citing it.

In this case, the central ministry denied it. It said that there is no such plan in the possession of the Ministry.

Under the Juvenile Justice Act 2015, the number will continue to function under the Ministry of Women and Child Development. The children contacted through this number are being given the necessary help. Along with this…

As of now, this 1098 service is available only in 603 districts out of the total 750 districts of the country. It is reported that it takes up to 60 minutes to reach the children who are dying in the distance. All recorded calls are marked as manual entry. Interoperability with emergency services such as police, fire, and ambulance is problematic. It will be solved by the new system.

Child Assistance Number 1098 will continue to be administered by the Ministry. Technological integration with ERSS 112 is expected to help improve the service. 112 calls by children will be diverted to Child Helpline. It is also informed that the guidelines are being processed in the Ministry.