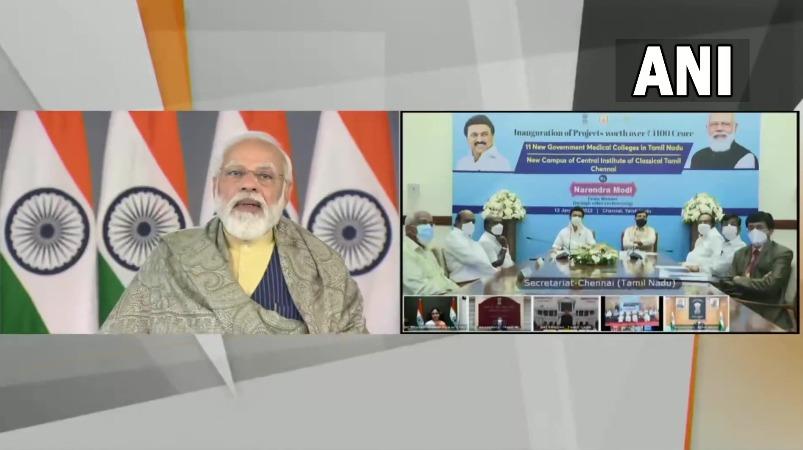 Prime Minister Modi is scheduled to inaugurate 11 newly constructed Government Medical Colleges in Tamil Nadu at a cost of Rs 4,000 crore in a ceremony at Virudhunagar today. However, the Prime Minister’s visit to Tamil Nadu has been canceled due to the spread of the corona. The Prime Minister today inaugurated the new medical colleges through a video display from Delhi. Governor of Tamil Nadu RN Ravi, Chief Minister Stalin, Tamil Nadu Ministers, officials and others participated in the program through the Internet.

New medical colleges have been set up at an estimated cost of about Rs 4,000 crore. Of this, about Rs 2,145 crore has been provided by the Central Government and the rest by the Government of Tamil Nadu.

The new campus of the Central Institute of Classical Tamil Studies in Chennai is also on video today Prime Minister Modi Kept open.

And the new building of the Central Institute of Classical Tamil Studies, constructed at a cost of Rs. 24.65 crore in Chennai Perumbakkam Prime Minister Modi Opened today with a video presentation. 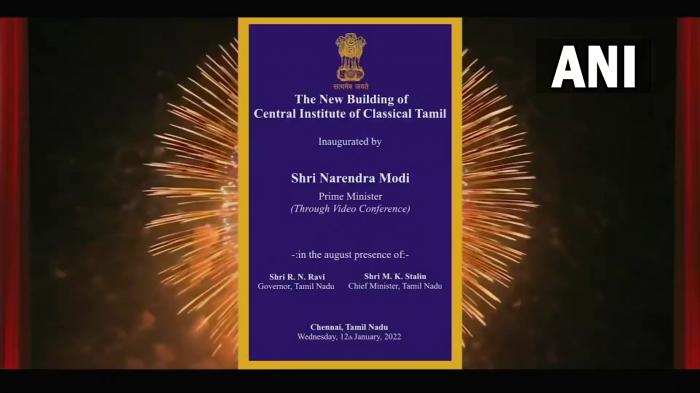 The Central Institute of Classical Tamil Studies is under the direct control of the Central Government with the aim of taking the excellence of Tamil classicism to the world. As the company does not have its own building, it has been operating at the Road Transport Corporation premises in Chennai since May 2012.

Accordingly, 17 acres of land in Chennai Perumbakkam was allotted on behalf of the Government of Tamil Nadu for the construction of a permanent building for the Classical Institute. Of this, the central government has allocated Rs 24 crore 65 lakh 47 thousand in 2017 for the construction of a 3-storey building. At this point the work on the building is fully completed. It has a library with about 50,000 Tamil books, e-library, seminar halls, multimedia arena and many other facilities including parks.