Sports11 players in the league with a “Moroccan visa” .. and without...
Sports

11 players in the league with a “Moroccan visa” .. and without financial exaggerations 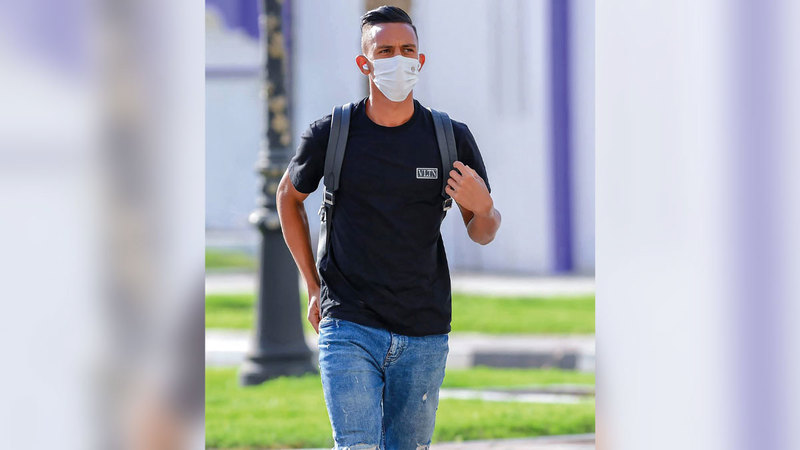 This season, the ADNOC Professional Football League is witnessing a remarkable presence of Atlantic Stars players, and a number of foreign players who starred in the Moroccan League, and attracted the attention of local clubs to sign them.

Sofiane Rahimi is the last Moroccan player to join the league, after Al Ain succeeded in winning the player’s services, after a strong competition with a number of Arab clubs, most notably Al-Ahly of Egypt.

With the presence of nine Moroccan players among the professional league clubs, most notably: Sofiane Rahimi, Emirates Club professionals Walid Sabbar and Adam Al-Naqati, and Moroccan-Dutch origin, Osama Rashid, defends the Khorfakkan shirt, while Ittihad Kalba chose the young player, Ayman Rachouk, who He was registered in the resident category, and he plays in the Ajman shirt midfield duo Issam Fayez and Issam Sahit, and in Al-Ahly youth Khalil Ajan who is registered in the list of residents, and in the brilliant Jazira Muhammad Rabie.

The Moroccan League played a prominent role in presenting a group of African players to Arab clubs, including the UAE League clubs. Sharjah succeeded in winning the services of Moroccan Raja striker and the Democratic Republic of the Congo, Ben Malango (27 years), for three years, after the player was close to moving to the league. Al-Masry club, specifically Zamalek.

Al-Ain was a race to kidnap the Togolese international player, Laba Kodjo, striker of the Moroccan team, Nahdet Berkane, in the summer of last season, in a free transfer deal, after he starred remarkably in the Moroccan League, and scored 18 goals, sharing the top scorer, with the player Raja Casablanca, Moroccan Mohsen Yagour, he also scored eight goals in the African Confederation Cup, and was the subject of interest from the Egyptian Al-Ahly club.

The Moroccan players’ agent, Dr. Aziz Shafi’i, attributed the interest of the UAE clubs in Moroccan players to the lack of material exaggeration demanded by Moroccan clubs in return for dispensing their players, whether they are citizens or professionals.

He told Al-Emarat Al-Youm: “There are many positive things that make the Moroccan player wanted in the Gulf and Emirati leagues in particular. The Moroccan player who comes from the local league is not overpriced, as is the case in Egyptian clubs, for example, which request Big numbers to dispense with its most prominent players.”

He added, “One of the positive things that serves the Moroccan player in his professional experience in the UAE league, is that he quickly adapts to the atmosphere that is similar in customs and traditions with Morocco, in addition to the high technical skills that Moroccan players have throughout their history, which adds great value to any team, The Arab public in general likes to see it in football stadiums.”

Shafi’i added: “The Moroccan player in general is unique among Arab players in his great ability to apply the principles of professionalism, regardless of the destination he plays for.

The Moroccan players’ agent expressed his admiration for the idea of ​​Emirati clubs contracting with young players, to invest in them in the future and earn big money from this investment.

He concluded: “Perhaps the laws set by the Emirates, with a category for residents and state-borns in the club’s registration box, have encouraged many of them to turn to young players, and this is a big project if it is exploited and invested in a positive way.”

To see the full thread, Please click on this link.