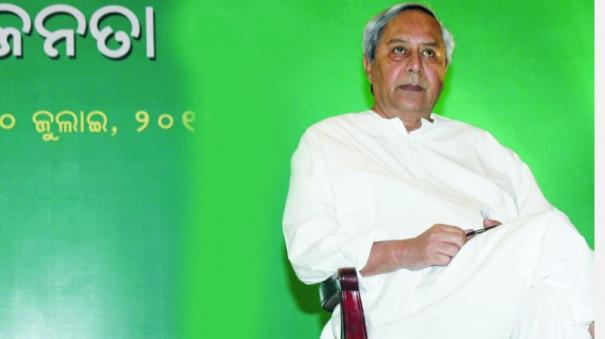 The Biju Janata Dal government, which is currently in power for the 5th time, has completed 3 years. In this context, all the 20 ministers of Odisha resigned yesterday. Following this, the new 21-member cabinet took office yesterday. 13 became cabinet ministers and 8 became internet ministers.

Governor Ganesh Lal administered the oath of office to the new ministers at a simple ceremony held at the Governor’s House in Bhubaneswar, the capital of Odisha. The 11 who were in the old cabinet were not given a chance again. 10 new faces have been added to the cabinet. There were only 2 women in the old cabinet. The number of women in the new cabinet has risen to five.

Chief Minister Naveen Patnaik has inhabited the interior. He also has the Department of Public Administration and Personnel Welfare. Niranjan Pujari has been allotted the finance portfolio, Naba Kishordas the health portfolio and Pramila the revenue portfolio.

Legislative elections and Lok Sabha elections are scheduled to be held simultaneously in Odisha in 2024. Chief Minister Naveen Patnaik has reshuffled his cabinet in view of the election. Inactive ministers have been removed and given the opportunity to face new faces. Political observers have said that in the coming elections there will be a fierce three-way contest between the ruling Biju Janata Dal, the Congress and the BJP. -PTI