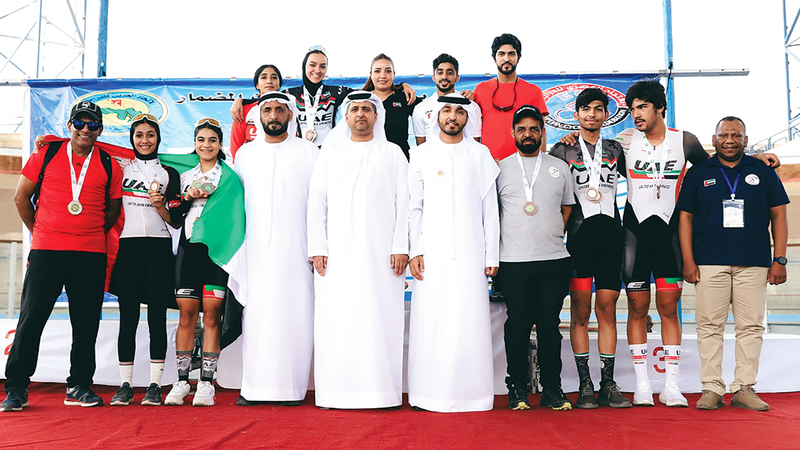 The delegation of the national cycling teams finished their participation in the first Arab Cup for the track, which was held in Cairo from 8 to 11 May, by achieving 12 colored medals (gold, five silver and six bronze).

Huda Hussein, the female player of the youth team, won the only gold for the UAE in the women’s individual pursuit race at the end of the third day of the tournament.

Muzna Al Marzouki won bronze in the women’s 500 meters race, and Mohammed Al Mutaiwee succeeded in achieving his first medal in the adult competitions by winning the individual pursuit race, and the rising champion Huda Hussein finished the team’s medals by winning the first Arab gold medal for the UAE cycling in the young women’s category, and the player herself also achieved silver in the race The 500 meters are young women.