1,200 items gifted to Prime Minister Modi will be auctioned from September 17 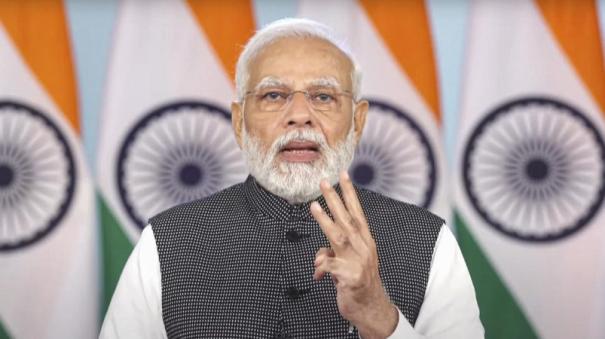 New Delhi: Over 1,2000 items gifted to Prime Minister Narendra Modi are being auctioned online from September 17 to October 2.

The items gifted to the Prime Minister are auctioned and the proceeds are used for welfare projects.

1,348 gifts received by Prime Minister Modi last year pmementos.gov.in The auction was held through the website. More than 8,600 bids were sought for these. Olympic javelin gold medalist Neeraj Chopra’s autographed javelin gifted to the Prime Minister fetched the highest bid of Rs 1.5 crore. Representatives from the Indian Cricket Board, GreenCo, JSW Group, and Solar Industries bid for 20 high-value items in an online auction. The amount collected through this was given to the Navami Ganga Project.