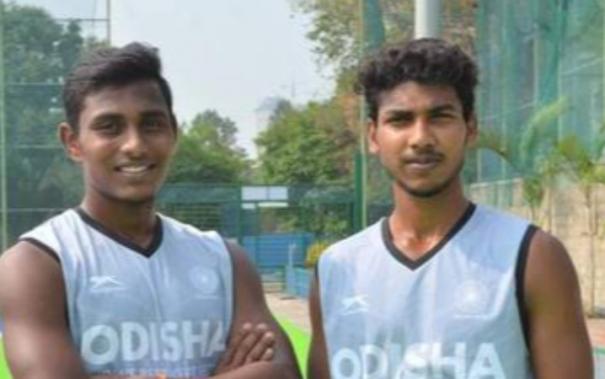 Chennai: Two players from Tamil Nadu have been selected to play in the Indian men’s hockey team. Karthi from Ariyalur and Mariswaran Sakthivel from Kovilpatti are the two players.

The Indian hockey team is scheduled to play in the Asian Cup to be held in Indonesia from June 23 to 1. This is the 11th Asian Cup series. A total of 8 teams are participating and playing. India have won the title three times in this series. India are the reigning champions in this series. 5 times ranked second. Karthi and Mariswaran have been selected in the team for this series.

13 year search: After about 13 years, Tamils ​​have been included in the Indian senior men’s hockey team. Gunasekar and Naveen from Tamil Nadu last played in the 2009 Asian Cup. After that, Tamil Nadu did not feature in the Indian team. Now that wait is over for Karthi and Mariswaran.

Karthi is from Ariyalur district. 20 years old he belongs to a simple family. Forward player. “I was a little nervous when I found out the details of being selected for the team, but this opportunity has given me a lot of confidence,” he said. 21-year-old Mariswaran, midfielder. The Indian team is captained by Rupinder Pal Singh.

Both the players were congratulated by the Tamil Nadu Hockey Division executives. Adam, the chief selector of the Tamil Nadu men’s team, has said that if they both make good use of this opportunity, they will play for India in the Paris Olympics.