13,000 schools write to Prime Minister Modi complaining of corruption against the Karnataka government 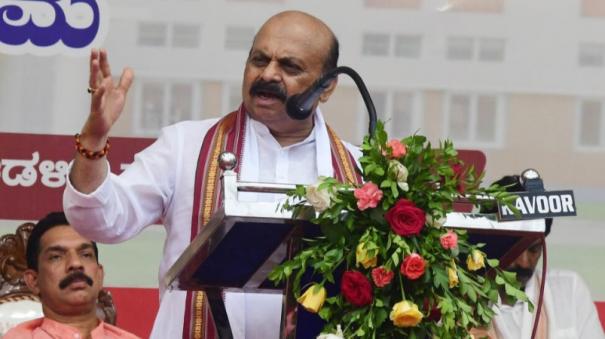 Bangalore: A letter was sent to Prime Minister Narendra Modi on behalf of Karnataka Contractors Association a few months back. In it, “Ministers are asking for 40 per cent commission for allocating funds for carrying out government projects in Karnataka. It was mentioned that despite filing a complaint in the chief minister’s office, no action was taken.

Following this, the head of the organization, Kempanna, recently publicly accused Horticulture Minister Muni Ratna of asking him for 40 percent commission. He also warned that he would write a letter to Modi about this. Minister Muni Ratna denied this and filed a defamation case against Kempanna demanding compensation of Rs.50 crore. In this case, 13 thousand private schools of Karnataka have come together and written a letter to Prime Minister Narendra Modi on behalf of 2 associations. It said, “Proper regulations are not being followed in granting permission to private educational institutions in Karnataka. There is massive corruption in granting permits to new companies.

Despite complaining several times to Karnataka Education Minister BC Nagesh and Chief Minister Basavaraj Pomi, no action was taken. Even after the scandals in this regard were published in the media, the same situation continues.

The quality of government schools is being systematically lowered with the intention of increasing the enrollment of private schools. The government’s new regulations on the issue of fees have become a big burden for parents. They stressed that the Karnataka Education Ministry should consider these allegations and conduct an investigation and take appropriate action.