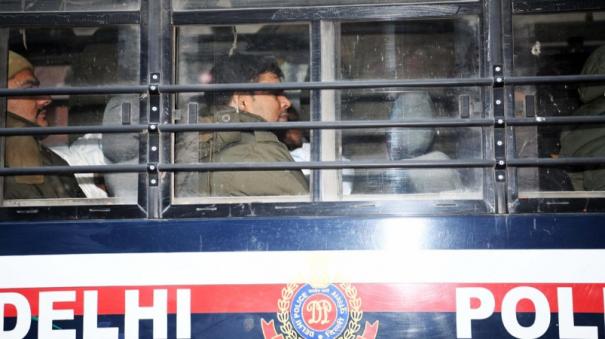 New Delhi: A young woman named Anjali Singh (20) who was riding a two-wheeler was hit by a car in the early hours of January 1, in Ganjawala area of ​​North-West Delhi. In which the woman was stuck under the car for several kilometers. He was dragged away and died.

CCTV Footage: The CCTV footage in this regard was released and caused a shock. In this case, Delhi Police initially arrested 5 persons namely Deepak Khanna (26), Amit Khanna (25), Krishnan (27), Mithun (26) and Manoj Mittal. The 6th accused, Ashutosh, was arrested last Friday and sent to 3-day police custody.

These 6 people were produced in the court in Rohini area of ​​Delhi yesterday. The court ordered them to be kept in judicial custody for 14 days.

It has been revealed that the accused have admitted in the police investigation that they drove the car knowing that the woman was trapped under the car.