India14-year-old Dalit girl raped and murdered in UP: Aligarh police unable to...
India

14-year-old Dalit girl raped and murdered in UP: Aligarh police unable to find culprits for 2 days 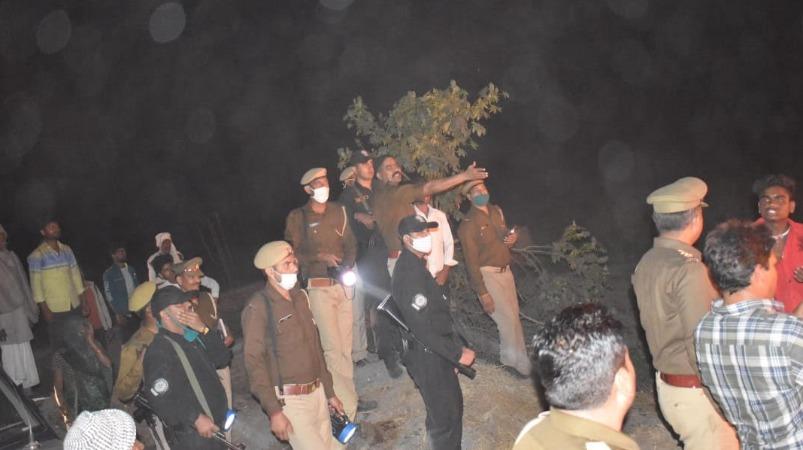 14-year-old speechless in Aligarh, Uttar Pradesh Dalit girl She was murdered after being raped. Unable to find the culprits even two days after the incident Aligarh Police Is being suppressed.

The speechless girl has been living in her grandmother’s house in Aligarh area for 10 years. His father stays in the rickshaw in the city and his mother swims in the hotel. The other two young sons live with their parents.

In this situation, the girl went to mow the grass for her sheep as usual yesterday. His body was found murdered in a field about 250 meters away when he was searched for not coming home after dark.

The woman, who was half-naked, had injuries on several parts of her body. Bottles of wine lay 100 meters away.

Thus, the girl was gang-raped Rape Suspected to have been made and subsequently killed. G. Muniraj IPS, Aligarh District Superintendent of Police and Tamil, went to the spot with his troops.

The villagers threw stones at them to prevent them from approaching the spot. In this, one inspector and 2 female guards were injured.

The tension, which lasted for about 4 hours, subsided after police negotiated with the villagers. The physical examination was held late the next day due to this problem.

Doctors said the victim was beaten to death without attempting to rape her.

However, the culprits of the massacre have not yet been identified. Aligarh’s SSP Muniraj told the Hindu Tamil Directorate, “The girl may have been beaten to death without being able to be raped.

The girl’s body parts have been sent to Agra’s laboratory to confirm the rape. The culprits will be arrested soon after some traces found at the scene are confirmed, ”he said.

The funeral of the deceased was performed by her family yesterday. Since the victim is a disabled person, U.P. A grant of Rs 2 lakh has been given to his family on behalf of the government.

When a similar incident took place at Hathras near Aligarh, a riot broke out and many people were arrested. Tensions remain high in the village even as the problem is brought under control.

Previous articleThe daily incidence of corona infection continues to rise in 5 states including Tamil Nadu
Next articlePlatform ticket prices may go up; In Mumbai, the ticket price is Rs 50