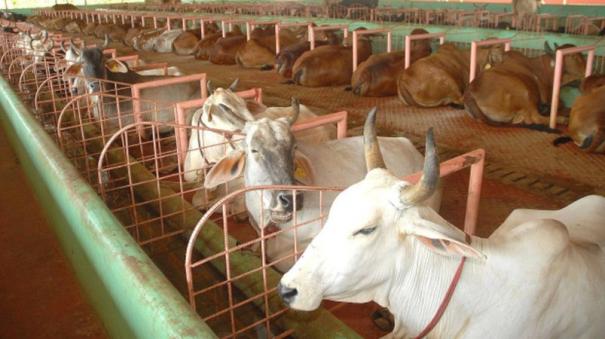 Jaipur: Chief Minister Ashok Khelat has allocated Rs 1,377 crore as announced in the budget for the construction of 1,500 kosalas in the state of Rajasthan.

Ashok Khelat is the Chief Minister of Rajasthan state representing the Congress. The government has announced that one cow road will be constructed in every gram panchayat in the state. Also, an announcement for this has been made in the 2022-2023 budget. In this case, it was ordered yesterday to build one ko roads in each of the 1,500 gram panchayats in the state. Chief Minister Ashok Khelat has allocated a fund of Rs 1,377 crore in one phase.

In this regard, the Government of Rajasthan has said:

These Ko roads will be constructed in selected gram panchayat divisions. They will be maintained by NGOs in collaboration with Gram Panchayats.

Crops are affected by cattle roaming outside. Now the farmers will also benefit by building the roads and maintaining the cattle there.

This is stated in the report.