16 players today inaugurate the basketball camp in Dubai, in preparation for the “Gulf Cup” 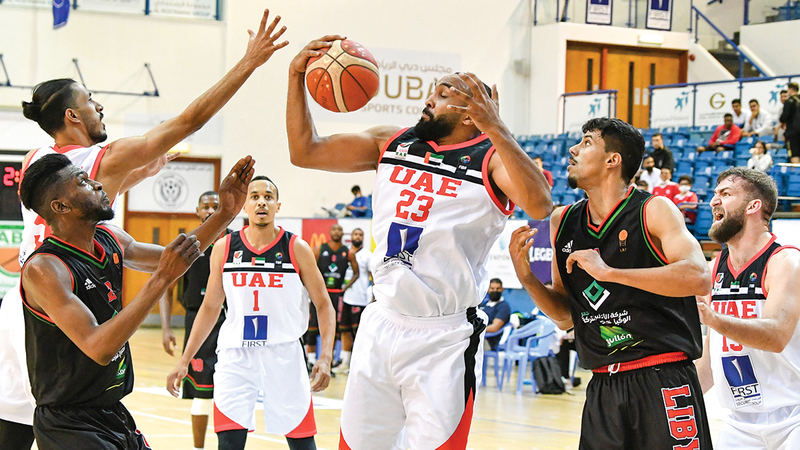 The coach of the first national basketball team, Dr. Mounir bin Al-Habib, revealed that 16 players were invited to join the “Al-Obeid” internal camp in Dubai, which runs until the 12th of this month, in preparation for participating in the third Gulf Games hosted by Kuwait from 15 to 31 of the same month.

Bin Al Habib told “Emirates Today”: “Dubai’s internal camp came to replace the Khorfakkan camp, which was scheduled to start tomorrow, with an invitation to 16 players to join the camp from Al-Ahly youth clubs, Sharjah, Al-Nasr, Al-Wasl, Al-Bataeh, and Al-Wahda.” .

He added, “The national team’s list is witnessing the return of Omar Al-Khaled, Hamid Hashel and Hussein Ali, in light of influential absences at the level of the playmaker’s position, as a result of the surgical work of Talal Salem and Saleh Sultan, and Saeed Mubarak for injury.”

He continued, “The Dubai camp came as a continuation of the stages of preparing the team, which began since its participation in the Arab Teams Championship, which was hosted by Dubai last February, and was followed last month by several small gatherings to raise the players’ readiness.”

He continued, “The current list was blessed with the presence of young players who had previously gained strong friction experiences in their participation in the recent Arab teams championship, most notably Hamed Abdul Latif, Abdullah Hassan, and Aziz Khalifa, which allowed to reduce the average age of the (Al-Abyad) players participating in the Kuwait tournament.”

He said that participation in the Gulf tournament is an important station before the Asian qualifiers next June.

• 6 clubs represented in the national team’s list within the Dubai camp, which will continue until the 12th of this month.