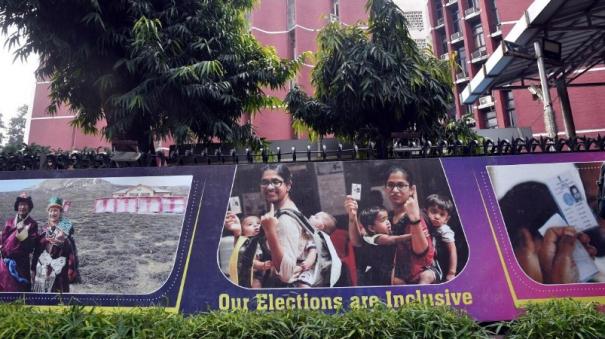 New Delhi: The Election Commission said that people above the age of 17 can now add their names to the electoral roll earlier.

Accordingly, they have requested to make facilities for inclusion of names in the voter list considering April 1st, July 1st and October 1st every year. Photo identity card will be issued to them after adding their name to the voter list. According to the new notification, those who turn 18 on April 1, July 1 and October 1, 2023 can add their name to the electoral roll.

New applications for correction of voters in the electoral roll will be effective from August 1. Old applications requesting changes before August 1, 2022 will be accepted and considered.

A new application called 6B has been introduced to link the Aadhaar number with the existing voter ID card. However, applications of those who do not provide Aadhaar number will also be accepted and no registration will be cancelled. Aadhaar details will not be disclosed if voter information is required to be made public. It says so.

And by 2022. Existing voters can provide Aadhaar number from 1st. The Election Commission of India has declared that it is entirely voluntary and non-compulsory.