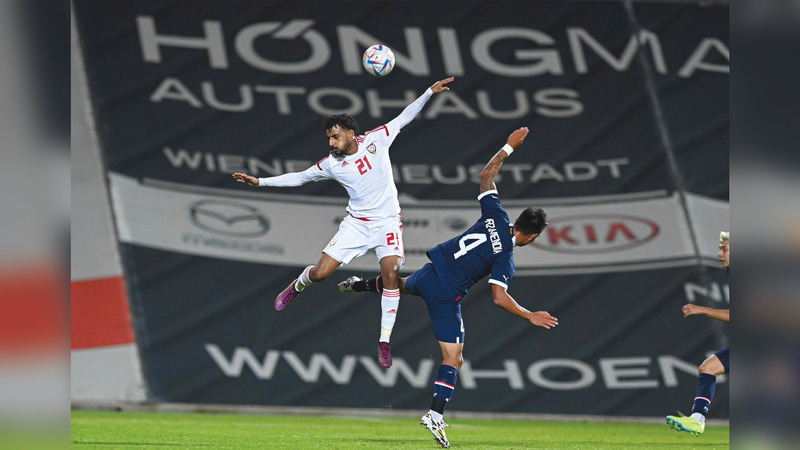 An official statistic monitored by “Emirates Today” revealed that the coach of the first national football team, Argentinian Aruabarina, focused on the team’s last list, which included 24 players on young elements, after conducting a replacement process for older players over the age of 30, and the statistic also revealed That the list included 18 players under the age of 30, and that goalkeeper of Al-Jazira Club and the national team, Ali Khaseef (35 years), is the largest player in the team in the new list, which is currently going to an external camp in Austria. » While the player of Shabab Al-Ahly club and the national team, Hareb Abdullah Suhail (19 years), is the youngest player in the national team, noting that the team played its first friendly match against Paraguay last Friday, and lost it with a clean goal, and will meet tomorrow, Tuesday, Venezuela, at the conclusion of the Austria camp, within His preparations for the upcoming events, most notably the 25th Arabian Gulf Cup, and the West Asian Championship.

For his part, the former national team coach and technical analyst, Dr. Abdullah Misfer, confirmed that there are people who spoke about the failure of the coach of the national team to choose Aruabarina for Al Wahda player Ismail Matar, and Al Wasl player Omar Abdul Rahman, indicating that he supports the coach’s decision in this regard, as he is thinking about the future that needs The team includes young and old players.

Misfer told “Emirates Today”: “Ismail Matar is a player who served the national team a lot and has potential, but now he is about to retire from playing.”

Misfer stressed that with the experience of the young players, especially that the team traveled to a camp with the aim of preparing for the next stage.

Ages of the national team players