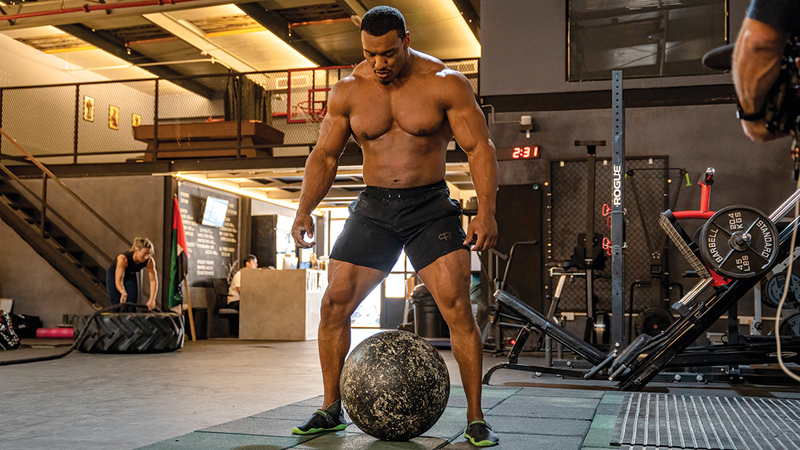 Dubai is witnessing the organization of the Middle East Championship for the strongest man and woman, which will be held in the Club Hall

Strong Gym is the organizer of the event, in cooperation with the Emirates Federation for Bodybuilding and Fitness, the 27th and 28th of this month. It is sponsored by Alfardan Exchange, SBD Emirates, and Millennium Hotel Apartments. Players from 19 countries will participate in the tournament, namely: UAE, Australia, Bahrain, Belgium, Cameroon, Jordan, Lebanon, New Zealand, Cook Island, Nigeria, Oman, Pakistan, Russia, Saudi Arabia, South Korea, Sweden, Ukraine, Britain, and America. The competitions will be held in two categories: “open and special”, so that on the first day competitions under 80 kilograms will be held, while on the second day there will be competitions of 90 and 105 kilograms and open weight. The competitions will include lifting and pulling heavy weights and activities that reveal the physical strength of the participants of both sexes. Among the most prominent names participating in the event is the New Zealander, Rongo Kane, who is considered one of the famous world champions.

A member of the Board of Directors of the Federation of Body Building and Fitness, Faisal Al Zaabi, told «Emirates Today»: “The championship comes within the directions of the Federation headed by Sheikh Abdullah bin Hamad bin Saif Al Sharqi, in cooperation with all the authorities that organize sports that he supervises administratively and technically, and this will be The first tournament supervised by the federation, in preparation for it to be part of its annual agenda in the future.”

Regarding the participation of the Emirates, he said:

“The tournament is not new to UAE players, as they have previously participated in various tournaments, but they did not receive media coverage, and we hope that the current participation will be distinctive and a breakthrough for the future, and that they will be able to compete for advanced positions.”

Regarding the prizes that will be awarded to the first winners, he said: “They will be medals, cups and certificates of appreciation.”

In turn, the head of the tournament’s organizing committee, the Scottish Mark Boyd, said in a press statement: “The competition aims to identify the strongest man and woman, with the participation of international players from many countries, and it is an important opportunity for us to witness strong competitions in this sport, and also for the public to enjoy He is watching the strongest, and we are happy to organize this championship, in cooperation with our partner, the Emirates Bodybuilding Federation, and we look forward to achieving success so that it will be a springboard for other championships.” On the other hand, the organizing committee will hold a press conference at 12 noon today, during which a selection of the international players participating in the tournament will present and highlight their most important achievements, in the presence of the Scottish Organizing Committee Chairman Mark Boyd, the Secretary-General of the Bodybuilding Federation, Muhammad Al-Marri, and a member of the federation, Faisal Al Zaabi and technical secretary, Abdul Majeed Yazbek. On the sidelines of the conference, international players will review some of their physical abilities, in addition to introducing sponsors.

The competitions include different weights, within the “open” and “special” categories.