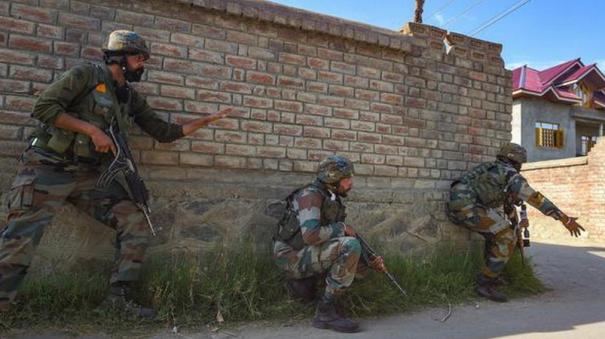 Srinagar: Police have received a tip-off that militants are hiding in Sayyan Devsar area in south Kashmir’s Gulkham district. Security forces cordoned off the area and launched a search operation yesterday.