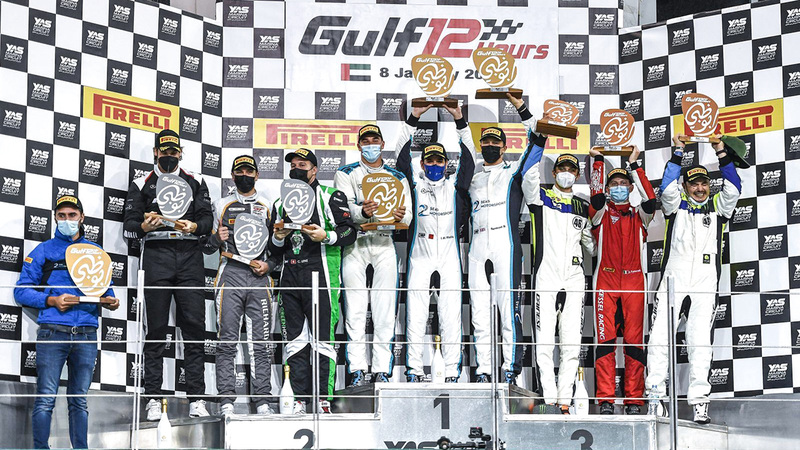 2Seas team won the title of the tenth edition of the “Gulf 12 Hours” endurance race at Yas Marina Circuit. The event was held over two days, on the circuit track with its new design.

The 2Seas team scored the victory in a Mercedes AMG, after a strong performance in which team drivers Issa Al-Khalifa, Ben Barnicott and Martin Kodrich dominated the race.

The SBS team, in a Mercedes-AMG No. 88, finished second, to win the GT3 Pro-A class, while the VR 46 team finished third in a Ferrari, to climb The podium for the second time in three participations, and two entries in the Pro-Am category.