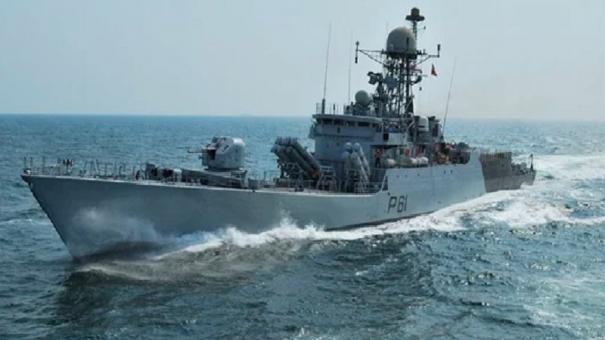 New Delhi: The Indian Navy said that 20% of the first batch of Agni soldiers could be women. The Indian Navy has shared this information based on the screening of eligible candidates in the applications received so far.

It is also reported that 2.7 lakh people have applied to join the Air Force so far. The deadline to apply is this evening.

20% women: In this case, the Indian Navy has reported that 20% of the eligible applications it has received so far are from women. 20% of the female Agni soldiers so selected will be sent for training at various naval bases across the country.

The Navy started recruitment under the Agni Soldiers program on July 1. As of yesterday (July 4), 10,000 women have applied. The Agni Path project will be implemented with gender equality. Now, the Indian Navy has 30 female senior officers commanding the leading warships.

Women Agni soldiers joining the Navy are also eligible for various fields like Ordnance, Electrical and Naval Air Mechanics, Telecommunication Operations, Electronic Warfare, Gunnery Webs, Sensors. Also, for the first time, they will also be employed as sailors on warships, the Navy said. Time has come for women to become sailors, said a senior naval officer.

Agni Path Scheme: In order to reduce pension expenditure in the army, the Agni Path scheme has been introduced. The selected players can work on contract for a period of 4 years.

Out of this, 25 per cent will be retained in the army for 15 years and the rest will leave without pension with an amount ranging from Rs 11 lakh to 12 lakh.

In the beginning, there was strong opposition to this scheme, since the recruitment notification was published, the youth have been applying and supporting it in large numbers. It is expected that the first batch of recruitment will be completed soon and the training will begin.