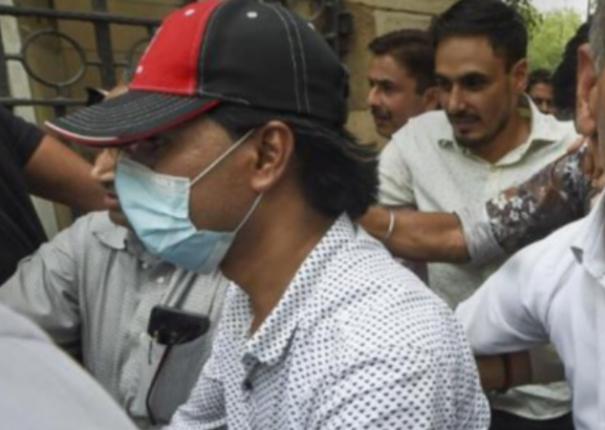 New Delhi: A Delhi court has granted bail to news website co-founder Mohammad Zubair, who was arrested by the Delhi Police for a controversial post on Twitter.

He was charged with inciting public religious sentiments and trying to incite hatred. The court granted bail in this case today.

Case Background: Nubur Sharma, who was the spokesperson of the BJP, had criticized the Messenger of Muslims, Prophet Muhammad. Subsequently, the Delhi Police actively monitored social networking sites across the country.

According to the police, a Twitter post by Muhammad Zubair, co-founder of Alt News, a Bengaluru-based news website, was also involved. Delhi Police questioned Zubair about this. They arrested Zubair saying that his answer was not satisfactory. The arrest of Zubair in the name of investigation drew strong condemnation across the country.

In this case, Zubair had sought bail. The Delhi court had deferred judgment in the case. In this case, the court granted bail to Zubair today. It is noteworthy that the Delhi government lawyer argued that Zubair should not be granted bail as there is also a case of foreign exchange fraud.

However, he has been granted bail only in this one case. He is yet to get bail in cases registered against him in Lakhimpur Gheri, Hadras and Sitapur. As a result, he is still in jail despite getting bail in the tweet controversy case. Zubair is lodged in Delhi’s Tihar Jail.

Meanwhile, Zubair has filed a case in the Supreme Court seeking quashing of all the 6 cases registered against him by the Uttar Pradesh Police.

Moreover, Zubair has filed a petition in the Supreme Court to quash the order that the Special Investigation Committee investigate the allegations against him.