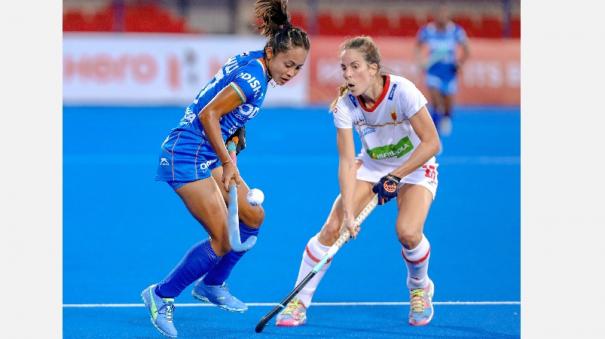 The 15th Women’s Hockey World Cup series is being held in Netherlands and Spain. A total of 16 teams are participating in it. This series started on the 1st and will continue till the 17th. Indian team played in ‘B’ division.

As a result, it qualified to play in the cross-over, the pre-quarterfinal round. In this case, India did many tests against Spain in this cross-over match. Both the teams kept scoreless in the first three rounds. However, Spain scored only one goal in the last 15 minutes. With that, the team has now qualified for the quarter finals.