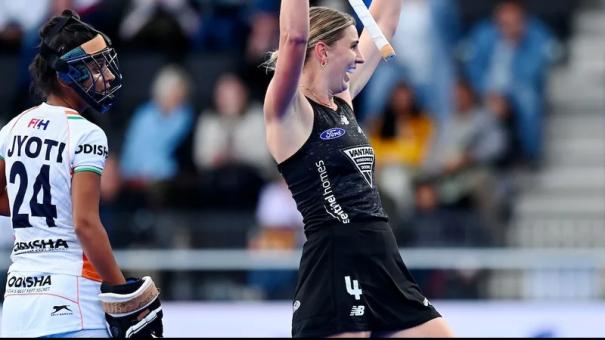 Amstelveen: In the current Women’s Hockey World Cup series, the Indian team lost 3-4 against the New Zealand team in the group stage. However, India’s chances of playing in the quarter-finals are still alive.

The 15th Women’s Hockey World Cup series is being held in Netherlands and Spain. A total of 16 teams are participating in it. This series started on the 1st and will continue till the 17th. Indian team played in ‘B’ division.

As a result it has now qualified to play in the pre-quarter-final round of cross-over. India will face Spain in this cross-over match on the 10th. If they win, India will meet Australia in the quarter-finals.