2024 Lok Sabha elections; The biggest struggle at the national level against the BJP: Congress serious consultation 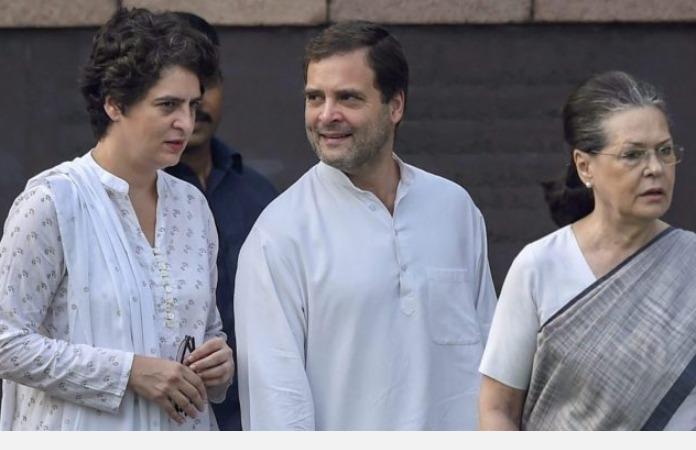 In the run-up to the 2024 Lok Sabha elections, prices rise against the ruling BJP-led National Democratic Alliance government in the middle. Unemployment Proposing issues included Struggle at the national level To hold Congress Party Reports say it is being planned.

Prior to the protest, it was reported that Rahul Gandhi, the leader of the Congress party, should take charge and that the protest should be led by him.

The senior leaders of the committee set up by Congress leader Sonia Gandhi have discussed the struggle and what kind of issues can be put forward in the struggle.

The committee, headed by senior Congress leader Digvijay Singh, will prepare plans on the basis of which issues and issues will be taken up and send them to Sonia Gandhi for approval.

According to reports, Congress leaders Ribun Bora and Udit Raj have demanded that Rahul Gandhi take the lead in the struggle and take over as Congress president, only then will the nationwide struggle be successful.

Senior Congress leader Udit Raj has suggested that success can only be achieved by uniting social organizations and civil rights groups in the struggle. Inflation, Unemployment Issues including raise important issues for the struggle Congress Party Planned.

In this connection, General Secretary Priyanka Gandhi also participated in a consultative meeting held at the Congress Party’s Warroom at Gurudwara Raghavanganj Road in Delhi.

Priyanka Gandhi has suggested that the impact of small, medium and micro enterprises on the wrong economic policies of the central government should be taken as a major issue in the struggle.

Previous articleRosario Sasieta on cases of violence against women “Let’s not be accomplices”
Next articleMohamed Salah competes with Ronaldo for the title of the most expensive..Liverpool star writes history