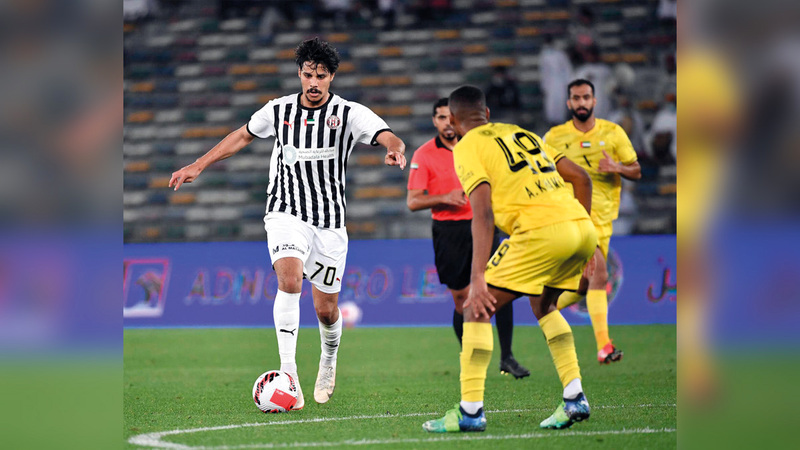 The “old-comer” Ahmed Al-Attas quickly submitted his credentials with Al-Jazira, only 24 hours after joining, by leading the team to achieve an exciting “remontada”, after turning his 1-2 delay into a 3-2 victory over Al-Wasl, the day before yesterday, in The conclusion of the first round of the ADNOC Professional League.

Al-Attas played four heroic roles, although he undertook one training with the team, after the consensual termination of his contract with Sharjah, and his joining Al-Jazira with a contract that extends until the end of next season, but the player who grew up on Al-Jazira, restored hope again for the title holder, by reaching 23 points, by seven Al-Ain is the leader with 30 points.

Al-Attas was also the important “turning point” in the match, when he removed Al-Wasl’s third goal ball from Uruguayan Araujo, and Al-Attas managed to clear it before it crossed the goal line. Al-Attas also scored the equalizer, which was scored by Malian Abdallah Diaby, before returning and passing a wonderful ball to substitute Ahmed Fawzy, for the latter to score the third goal.

Al-Attas proved that he is a winning deal in the Al-Jazira offensive line, and that he is able to compensate for the absence of the team’s historical scorer, Ali Mabkhout. In a press statement after the end of the match, Al-Attas thanked Al-Jazira management for giving him the opportunity to return to playing with the team, and said: “I am happy with our success in turning our delay into a victory.” And about saving him the opportunity to achieve a goal for Al-Wasl, and his contribution to the victory, he said: “This is thanks to the prayers of the parents, and I see that the journey is long, and we have not achieved anything.”

Kaiser: The character of the island appeared at the right time

Al-Jazira coach, Dutch Marcel Kaiser, said that “the team’s personality appeared at the right time to turn the loss into a victory over Al-Wasl.” And about the delay in the result, he said during the press conference that the physical decline contributed to the acquisition and progress of Al Wasl. He added, “But the team’s personality overshadowed the mistakes, and turned the loss into an important victory at the end of the first round.”