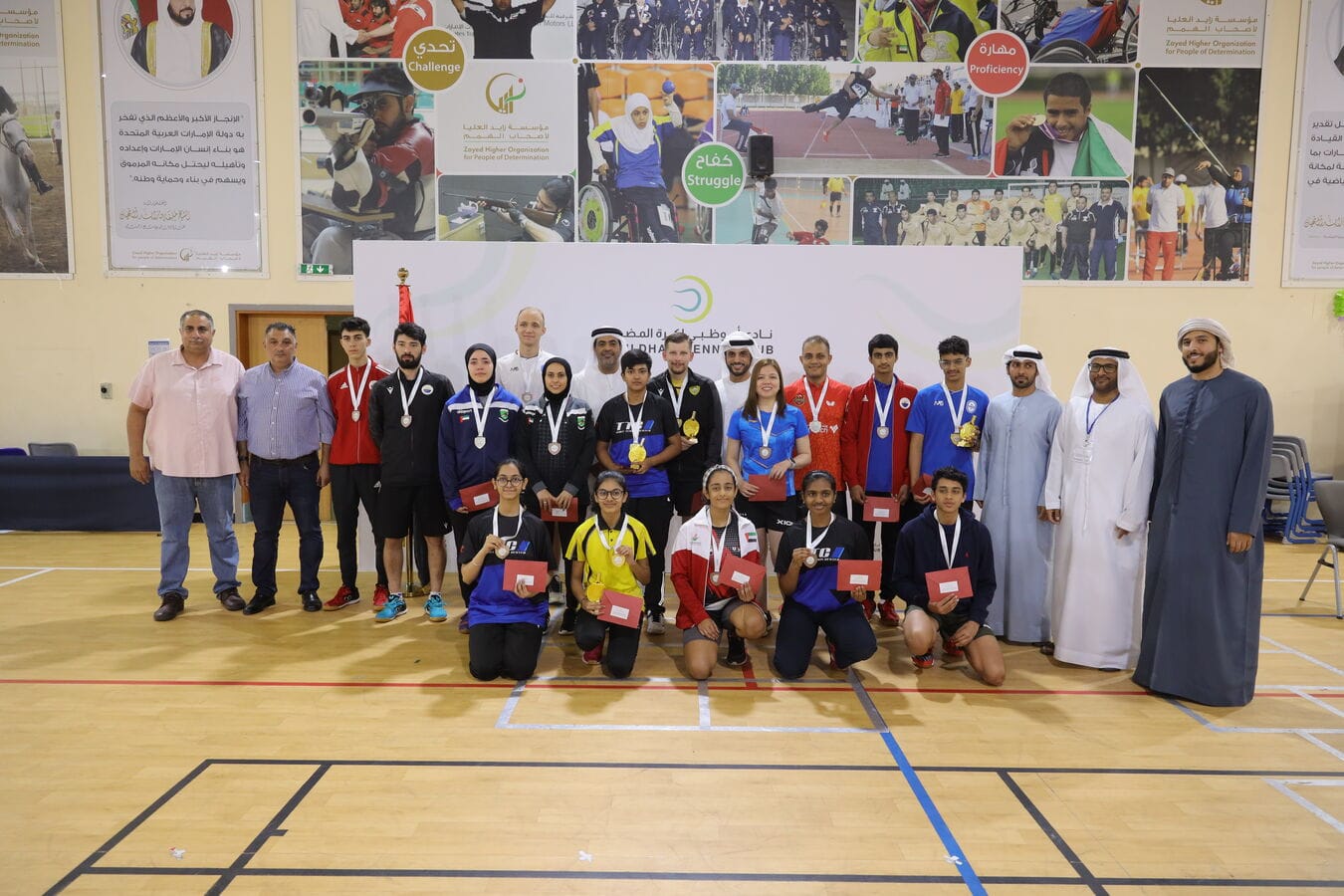 The Abu Dhabi Tennis Club, in cooperation with the UAE Table Tennis Federation, based on the directives of the Chairman of the Board of Directors of the Abu Dhabi Tennis Club headed by Dr. From the various clubs and academies of the country, where competitions were held at the Zayed Higher Organization for People of Determination.

The club’s first championship witnessed strong competitions among all participants of all categories, “men, women, juniors, and juniors”, as it resulted in Lucas Magic winning first place for the men’s category, followed by Hamed Hafez second, then Petro Kim third, and Andrei Lobunov third. redundant.

Abdul Rahman Al Menhali, Vice Chairman of the Abu Dhabi Tennis Club, expressed his happiness with the success of the first tournament, stressing that it will be a launch for more local and regional tournaments, which are in line with Abu Dhabi’s vision of hosting local and international events and tournaments.

He added: We will continue to work during the coming period to host various tournaments in order to attract talents and include them in the club.

For his part, Abdullah Al-Attas, a member of the Board of Directors of the Abu Dhabi Tennis Club, confirmed that the joint cooperation between the club and the Table Tennis Federation contributed to the success of the tournament, and it will play a role in the future in developing the game and achieving achievements.