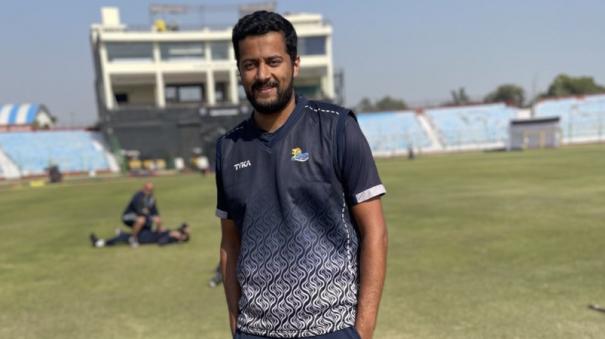 Vadodara: 28-year-old Himachal Pradesh cricketer Siddharth Sharma passed away. He was being treated in the hospital for the past two weeks with multiple organ failure. However, he died on Thursday without treatment.

As a bowler, he last played against West Bengal at the Eden Gardens last December. He has taken 5 wickets in the first innings of that match.

“It’s unfortunate that this happened. He played in the first 2 matches of the ongoing Ranji Trophy series. He suddenly fell ill before the match against Baroda. We were admitted to the hospital. He was diagnosed with high creatinine levels. Some organs including kidney failed.

The doctors tried their best but could not save him. During the course of this treatment he became a little sedated. However, the death is unfortunate,” said Arun Dhumal, former president of the Himachal Pradesh Cricket Association and current chairman of the IPL Executive Committee.

Siddharth made his first-class cricket debut in the 2017-18 season. He has played for Himachal Pradesh in Ranji and Vijay Hazare Trophy. His father is said to be serving in the army.