No Result
View All Result
Latest News
A raccoon climbed into a store in Krasnodar and got on video 30/07/2021
Magaly Medina excited by Alfredo Zambrano’s concert on the island of Croatia 30/07/2021
Industrial production index rose in Lipetsk region 30/07/2021
Anne Hathaway celebrates 20 years of The Princess Diaries: “Miracles Happen” 30/07/2021
Manchester United friendly canceled due to Corona cases 30/07/2021
Next
Prev
Home Featured 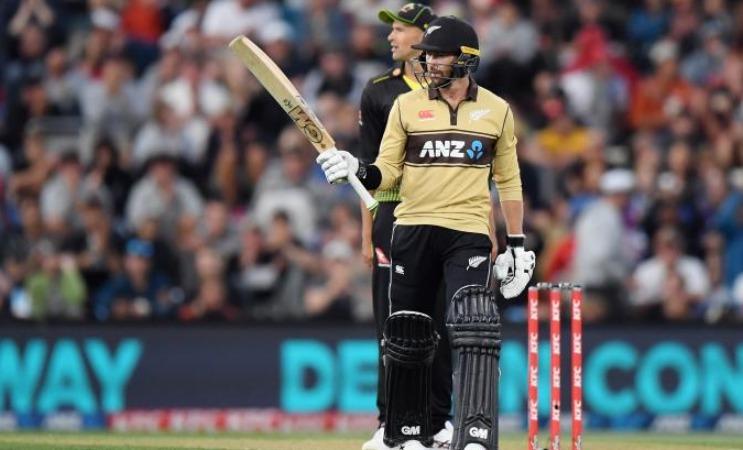 New Zealand won the T20 match against Australia by 53 runs in Christchurch yesterday. New Zealand’s Conway was unbeaten on 99 off 59 balls.

Conway, who was born in South Africa and immigrated to New Zealand, anchored the field in 79 minutes with 10 fours and 3 sixes.

Conway, 29, was born and raised in Johannesburg, South Africa, where he played cricket and settled in New Zealand in 2017.

Conway, who made his debut for the New Zealand team, hit his 5th consecutive fifty in T20 matches yesterday. Conway has previously scored 93, 91, 69, 50 in 5 matches.

Newsey player Conway had registered himself in the IPL auction. With a base price of Rs 50 lakh, no team has bid for him. But Conway stunned everyone in the T20 match against the Aussies four days after the auction. He has made IPL teams think that we have missed such a player in the auction.

Both teams have 6 first-class teams and T20 teams. The Big Bash League will be watched and time will increase. “

New Zealand’s Kyle Jamison has been bid for Rs 15 crore by RCB and Mumbai Indians by Adam Milne for Rs 3.2 crore in the 14th IPL auction.

Echo of the Pegasus affair; Guidelines for Cellphone Use in Offices: Government of Maharashtra Publication

A new leak about “iPhone 13” .. This will be the speed of its shipment!

Pancho Rodríguez on Johanna San Miguel: “We owe a conversation”

Doesn’t that rule apply only to the goalie who puts Rohit Sharma on the bench? Sehwag shows

More women than covid victims in Saudi; Because of the reluctance to vaccinate

Ramya Krishnan: Feeling the same when working with such people .. Ramyakrishna comments on Vijay Devarakonda