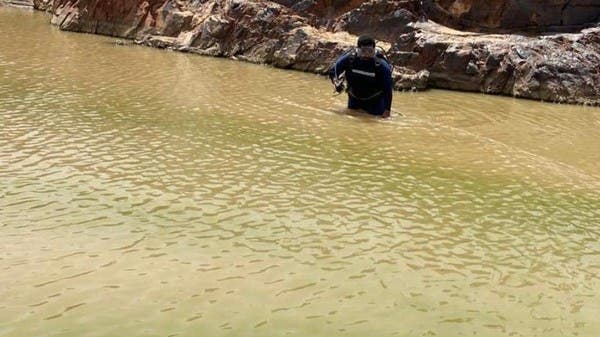 Civil Defense men in Saudi Arabia were able to retrieve the bodies of 3 girls and a child who drowned in a water swamp in the village of Abu Malih, Rania Governorate, in the Makkah Al Mukarramah region, today, Wednesday.

And the Saudi Civil Defense, via its Twitter account, published pictures of divers searching for drowned bodies in the lake, at a time when social media activists called on the concerned authorities to get rid of swamps left by rainwater, especially those close to the population.

At the same level, the General Directorate of Civil Defense called for caution and caution and to avoid approaching torrential rain during the rains, coinciding with what some regions of Saudi Arabia are witnessing these days from exposure to a wave of rain between severe and medium.

The General Directorate of Civil Defense called on everyone to beware of potential dangers in such an atmosphere, to stay away from places where torrents gather and not to risk during rain by crossing valleys or hiking next to water swamps and beware of transmitted torrents, while adhering to the instructions of civil defense announced through various media and communication sites. social security for their safety.