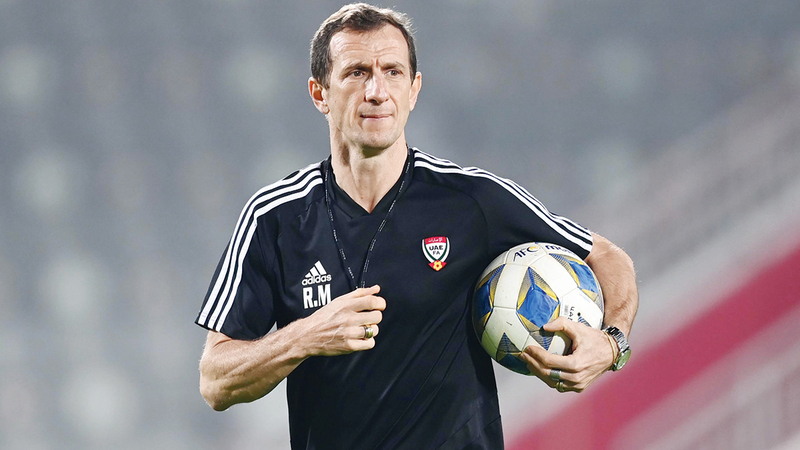 The early farewell of the national football team to the “Gulf 25” championship held in Iraq constituted a state of sadness and disappointment in the sports community, and among the “Al-Abyad” fans who wanted to see the national team compete for the championship title, instead of leaving it from the first round with only one point. And two losses, and a disappointing and modest performance, does not honor Emirates football, which is accustomed to competing for titles in the tournaments in which it participates, including the Gulf Cup. These results added to the difficult situation experienced by the “white”, especially after failing to qualify for the last World Cup.

Athletes considered that three contradictory statements by the coach of the national team, Arwabarina, contributed to a state of ambiguity that caused confusion regarding the national team’s goals in the “Gulf 25”. Arwabarina’s statements came, according to the athletes, before and during the tournament, as he had previously said that he is the one who chooses the squad for the national team and no one interferes in his decisions, and that he is going to the tournament to compete for its title, while at the same time he excluded a distinguished striker from the list in “Gulf 25”. He is the historical top scorer for the national team, Ali Mabkhout, who also tops the list of scorers in the current season in the ADNOC Professional League, with 13 goals after holding 12 rounds, in addition to excluding a player such as Al Ain star Bandar Al Ahbabi, as well as veteran Ismail Matar, and others.

In addition, he said that he went to the “Gulf 25” to build a national team, while the “white” list included seven players in the main list who were over 30 years old, namely Walid Abbas “37 years”, Tigali “37 years” and Cayo Canedo “32 years”. And Abdulaziz Heikal, 32 years old, and the goalkeepers: Ali Khasif, 35 years old, Khaled Issa, 33 years old, and Khaled Al-Sanani, 33 years old. The athletes confirmed to “Emirates Today” that “the contradictions in the coach’s statements to the media made the picture unclear for the team.”

The former international player in the UAE national team, Hussein Ghuloom, said that in the case of Ali Mabkhout, it was a lack of choice by the coach, not an exclusion. He asked, “How can a coach build a team with players over 30 years old?” Ghuloom continued, “Building a team that needs players whose average age is 20, and even if it loses, there is no problem, but you choose players over 30, while there are young players that you did not choose, this is not right.”

Ghuloom stressed that “it is impossible for there not to be interference in his work,” noting that the coach did not have a footprint in the clubs he coached before. He added, “The coach has the right to declare that he is going to compete for the title, but he does not have the ingredients to compete.”

In turn, the former director of the football team at Al-Nasr Club, technical analyst Khaled Obaid, stressed that he did not expect the team to appear so badly in the Gulf Cup, stressing the existence of a defect in the whole system, and added: “I think that Arwabarina was not successful in his statements, as it is It was not balanced. “The picture and results were not clear, and we hoped that the situation would be much better,” Khaled Obaid added.

And Khaled Obaid continued: “There is also a contradiction in the coach’s talk about his choices for the players, as he chose players in the expanded list, but he excluded them from the list participating in the tournament, then he returned and talked about that he did not exclude them, meaning that he did not choose them, and this matter is contradictory.” .

In turn, the former Olympic team coach and technical analyst, Abdul Majeed Al-Nimr, confirmed that “when the coach stated that he was going to compete for the title, this matter is a requirement for everyone.” With the presence of some other teams at a modest level. He explained, “Logic says that the most prominent candidates are (Al-Abyad), the Iraqi national team, Oman and Bahrain.”

Al-Nimr explained, “The contradiction in the matter is that there are centers in which the coach does not have players. For example, the most prominent scorer is Ali Mabkhout, and if we had in the” Gulf 25 “a replacement striker who was young and ready and scored goals, that would have been convincing, but can he The player played 90 minutes at the same level? Is he better than Mabkhout? Of course, the comparison is unfair.

And he continued: “If young players such as Ahmed Amer, Ahmed Fawzi and Abdullah Anwar were chosen, we would have been convinced, but not to choose the top scorer in the league and the historical scorer of the national team like Ali Mabkhout, and at the same time choose older players like Tigali, this is a great contradiction.” He said that the ages of a number of the players who were chosen, completely contradicts and constitutes a big question mark, with talk about “going to build a team.”

• 7 players in the main list of the national team in the “Gulf 25” are over 30 years old, while at the same time the coach excluded a prominent player, who is the historic top scorer Ali Mabkhout, the league’s top scorer this season.

• «Al-Abyad» early bid farewell to the Gulf Cup held in Iraq from the first round, with only one point.