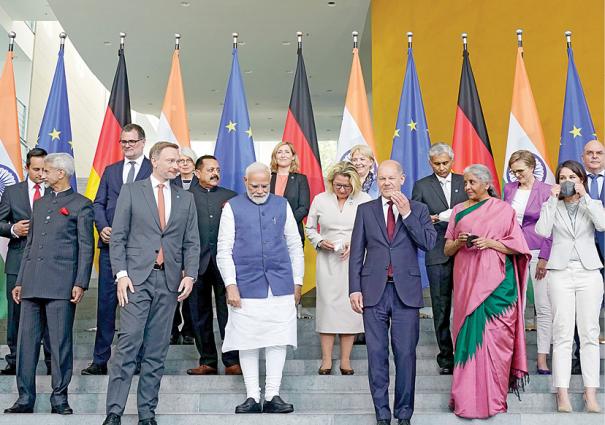 New Delhi: Prime Minister Modi proudly said that Indians can live anywhere in the world for any number of generations but their loyalty to their homeland will not diminish.

In the current 2022, Prime Minister Modi will be making his first foreign trip to European countries. For this, he flew from Delhi to Germany on Sunday.

Prime Minister Narendra Modi addressed a video of the Sardar Vallabhbhai Patel statue being unveiled in Germany at the Sanatan Mandir Cultural Center in Canada yesterday morning. He said: “This statue of Vallabhbhai Patel is a symbol of the Indo-Canadian relationship.

Indians can live anywhere in the world for any number of generations but their loyalty to the nation will not diminish. It’s also a culture. India has the lofty idea of ​​talking about the ‘Vasudeva family’ that the world is the family. I have never had the intention of harming other countries, “he said.

The Prime Minister later attended a function attended by Indians living in Germany and enjoyed himself to a great extent.

Many German Indians and children living in Berlin attended the event. Enjoyed discussing with them for a while. Then a little girl presented a picture of the Prime Minister that she had just drawn. The Prime Minister signed and presented the film and cheered the little girl on. He praised the girl for asking how long it took her to draw this picture.

Many on the show chanted Vande Mataram and Bharat Mata Ki Jai. Some even bowed at the feet of Prime Minister Modi.