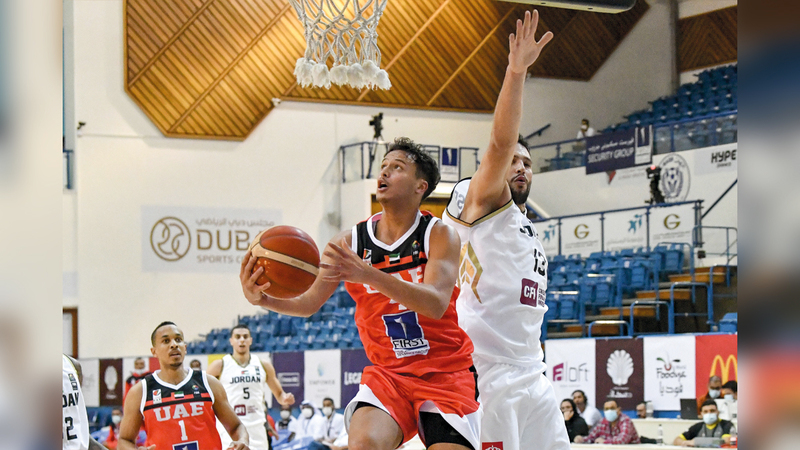 The coach of the national basketball teams, Dr. Mounir bin Al Habib, confirmed that three main factors led the team to the list of the most developed in Asia. The International Federation praised the advanced level of basketball in the Emirates, especially by the national team, as it became the first in the list of five teams that made a qualitative leap in the rankings on the Asian continent, along with Lebanon, Bahrain, Syria and Indonesia. The national team is ranked 114th in the international list and 23rd in Asia.

Bin Al Habib told “Emirates Today”: “The long-term strategy developed by the Football Association since the end of last year aimed at restoring the Emirati basket to its regional and continental luster, and rebuilding a new team that combines elements of experience and young blood, one of the fruits of which was the achievement of “Al-Abyad” remarkable results. , by grabbing the gold in the Gulf Games in Kuwait last April, and then crossing in June for the first window in the Asian qualifiers, which paved the way for the team to obtain additional classification points in the global ranking ladder, and to advance according to the classification of the International Federation nine places at once, and obtain praise from the (FIBA) by placing the image of the national team player, Qais Omar, next to the stars of Bahrain, Lebanon, Syria and Indonesia, on the website of the International Federation, in reference to the most developed teams in the recent period.

Bin Al Habib explained: “The federation’s strategy would not have been successful without the close cooperation of the clubs and the great effort made by their administrations in discovering and refining talents. And it is up to the responsibility.

He said that last February the strategy’s workflow was tested on the ground by participating in the Arab teams championship, and the success in crossing to the quarter-finals, before losing to Algeria (73-66). He stressed that: “The plans to prepare the team for regional and continental benefits in 2022 included an active calendar that aims to keep the “Al-Abyad” in a gathering rate at a rate of once a month, and thus make the best use of the experiences gained from participating in the Arab team championships, which paved the way for raising the readiness of the team. «Al-Abyad» before heading to Kuwait to participate in the Gulf Games, where the team confirmed its strength and regained its luster on the Gulf arena, after the men’s and women’s teams succeeded in grabbing the gold.

He said that “the Gulf gold represented the incentive for Al-Abyad to continue working on the physical and technical sides, before heading to Qatar to participate in the first window of the Asian qualifiers, during which he faced Qatar and the Sultanate of Oman, through which he learned how to achieve positive results, and qualify for the second window that It will be held next February in Qatar, in an opportunity available to “Al-Abyad” against the teams of Iraq, Palestine and Kuwait to move forward towards the return of the Emirati basketball to the first classification in the continent and presence in the Asian championships.

• The national team is preparing to participate in the second Asian qualifiers next February.

■ A long-term strategy for the Federation to restore the Emirati basketball to its distinguished level, in cooperation with the clubs.

■ Great brilliance for the men’s and women’s teams in the last period, and their harvest for the gold medal in the Gulf Games in Kuwait.

■ The team continued to shine and qualified for the first Asian qualifiers, to get more ranking points.