3 important matches in the Futsal League .. and Sharjah is the first to qualify 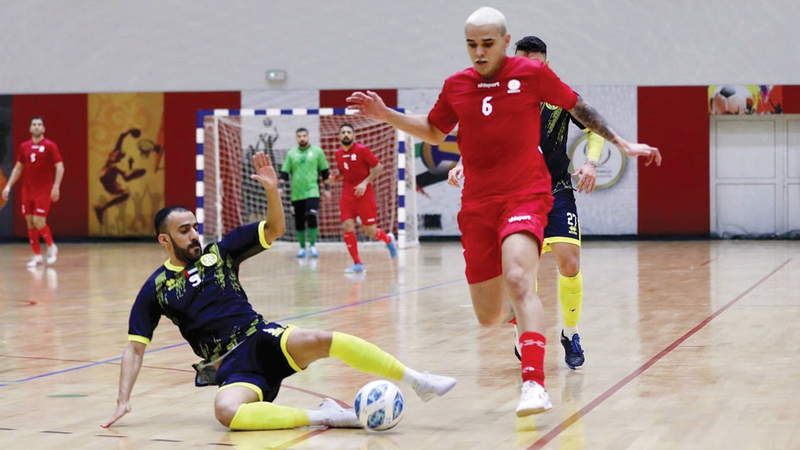 The competitions of the penultimate round of the second round of the Futsal League will start at 19:15 today, with three important matches, in which Ittihad Kalba will meet with Al-Bataeh, Maliha with Khorfakkan, and Al-Hamriyah with Dibba Al-Hisn, while Sharjah will enjoy waiting.

The importance of today’s matches is characterized by the fact that it will contribute greatly to determining the five teams that will compete in the “Playoff” competitions.

Sharjah had secured its qualification for the “play-off” role, taking advantage of the points difference and the advantage of goals.

And stands out to the fore this evening, the match that will bring together Al-Bataeh hosted by Ittihad Kalba, where Al-Bataeh needs to achieve victory, waiting for the last match that brings him together with Sharjah, which will determine the leader, while Khorfakkan realizes that staying at the heart of the competition and not losing in his confrontation with Maliha, which will help him win by approaching qualification, and the same in Regarding the Al-Hamriya match with Dibba Al-Hisn.

It is noteworthy that the Futsal League Championship system consists of two parts. The first requires the establishment of a round-robin tournament from which the top five will qualify for the “play-off” stage, provided that the first-place finisher in the league competitions waits to compete in the final directly with the finalist from the “play-off”.