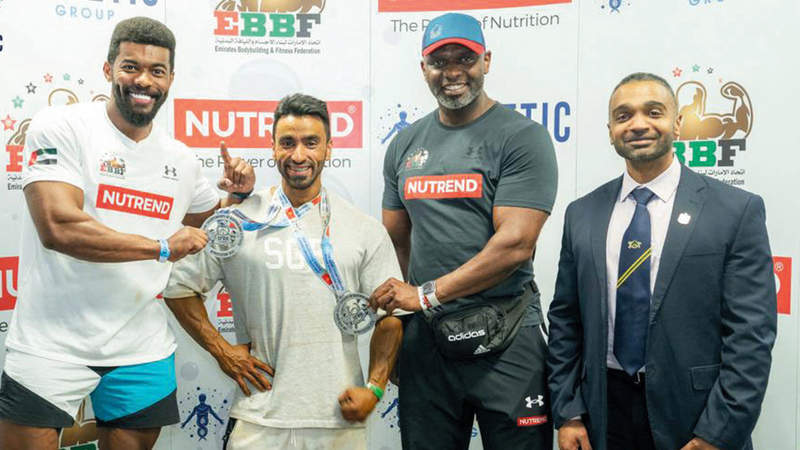 Three members of the Board of Directors of the Emirates Federation for Bodybuilding and Fitness succeeded in securing three positions in the Asian Confederation, during the (General Assembly of the Continental Federation) meeting, which concluded yesterday, in Kyrgyzstan, on the sidelines of the start of the continental championship, and they are: Ahmed Jawhar and Ahmed Al Falasi, (two members On the Board of Directors of the Continental Confederation), and international referee Faisal Al Ghais Al Zaabi, as the Secretary-General of the Referees Committee in the Asian Confederation.

In the results of the first day, the UAE players won 10 medals, five gold, three silver and two bronze, including the gold and silver of the champion of champions, in addition to the silver of Abdullah Al Hammadi in the open category, and the gold of Baluchi Diamonds in the Master of Bodybuilding for the category (40-49), and the bronze of Khaled Al Falasi. In the same category, Ahmed Al Balushi’s gold in the Master’s for the open category is more than 50 years old. Al Balushi Diamond and Ahmed Al Balooshi won the gold and silver as the champion of the master, in order, and the UAE player Ayoub Al-Ammar won silver in 60 kilograms, Abdullah Al Hammadi silver in 70 kilograms, and Ahmed Rostom gold in 75 weight kilograms, Al Balushi Bronze Diamonds, 80 kilograms, and Abdullah Rostom, gold, 85 kilograms.