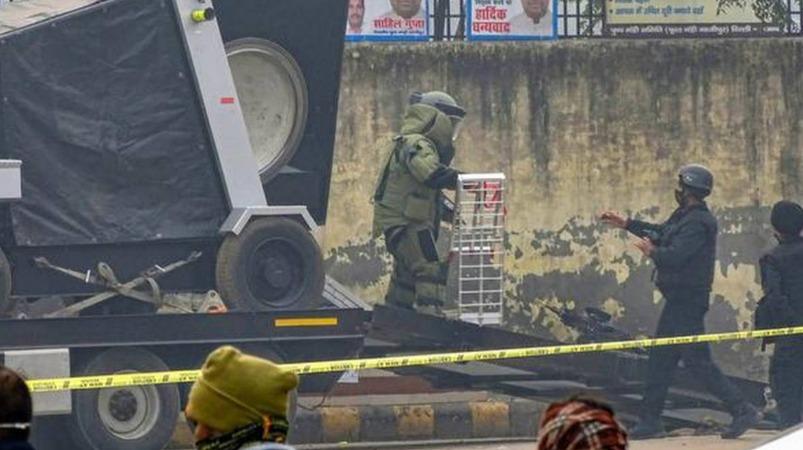 New Delhi: From the Mystery Bag at the Flower Market in Delhi Bomb Found. The accident was averted as the explosives were found in a timely manner.

The mysterious bag was found suspiciously in a flower market in Ghazipur, east of Delhi. The area was subsequently cordoned off.

Bomb Disposal Squad, fire trucks and National Guard (NSG) personnel rushed to the spot. Then Bomb Disabled. An eight-foot trench was dug to hold the blast. Near the market Bomb Disabled.

With a weight of 3 kg causing maximum damage Bomb Found. Police suspect it may have been a terrorist attempt to disrupt Republic Day celebrations on January 26.

Police have cordoned off the area around the market, which is located near the border with Delhi and Uttar Pradesh. Police are actively investigating who planted the explosives in the market.