3 million views behind the scenes of the “historic epic” .. Saudi Arabia’s victory over Argentina (video) 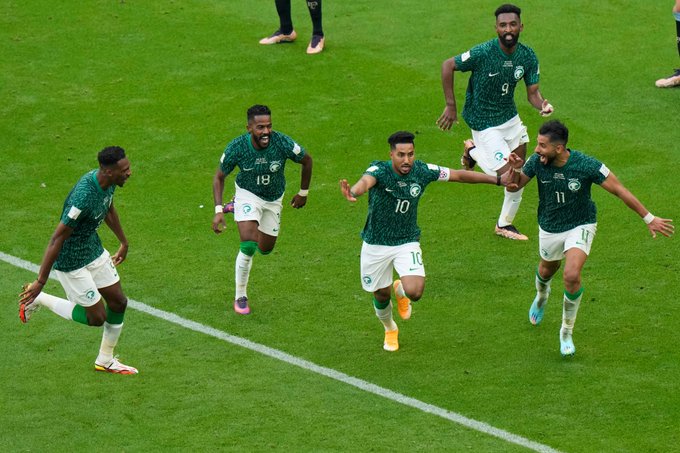 On Thursday evening, the Saudi national team published a video documenting the historic day in Saudi and Arab sports, October 22, which witnessed the Saudi team’s victory over Argentina in the first round of the 2022 Qatar World Cup, where the Al-Akhdar Media Center documented the details of the historic day from its inception in the hotel and inside the dressing room. .

And in the video, which was published on the official Saudi national team account on the “Twitter” website, under the title “November 22, 2022 … an unforgettable day”, the beginning of the preparation for the match and the federation officials’ lecture to the players and talking to them about the need to play a good match, then the video transmitted the lecture of the wonderful coach, “Hervé Renard.” And his talk to the players about the need to play manly.

The documentary witnessed the coach Hervé’s speech, between the two halves of the match, and he spoke strongly with the players and reprimanded them for not playing hard and watching Messi, telling them, “Do you want to photograph with him, play manly,” which happened in the second half. The video also transmitted the scenes of the device’s joy. Medical in the locker room.

The Saudi team’s video achieved more than 3 million views in less than 12 hours after the video was published on the official account.

3 million views behind the scenes of the “historic epic” .. Saudi Arabia’s victory over Argentina (video)