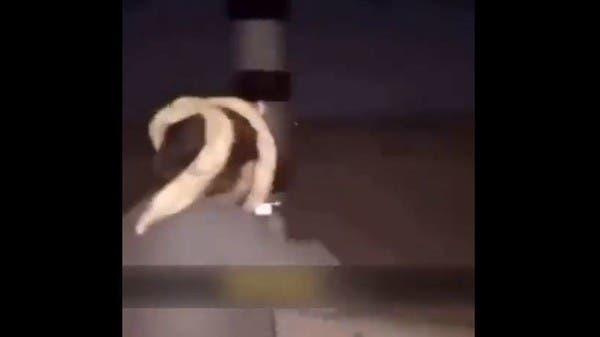 The media spokesman for the Asir police explained that the security authorities of the Umwah Governorate police were able to identify 3 people, and arrested them after bragging about firing a firearm in one of them’s possession on an automatic monitoring device “Saher”, which led to his destruction, photographing and publishing it.

He added that they are citizens, and initial inference procedures indicated that one of them was involved in arms trafficking, and they were arrested, and initial legal measures were taken against them, and they were referred to the Public Prosecution.