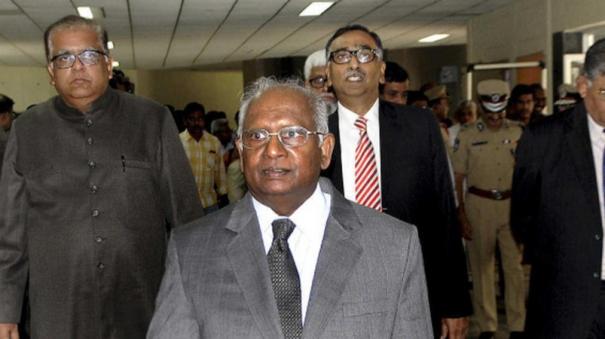 New Delhi: A 3-member commission has been set up to look into the issue of SC status to Scheduled Castes.

Converted Christians and Muslims have been demanding their inclusion in the list for a long time. Based on this demand, the central government has set up a three-member commission of inquiry to look into granting Scheduled Caste status to Dalits who have converted to religions other than Sikhism or Buddhism. Former Chief Justice K.G. Balakrishnan has been appointed as the chairman of this commission.

Professor Sushma Yadav and retired IAS officer Ravinder Kumar Jain have been appointed as members of this commission. The government has also set a deadline for the commission to submit its report within two years.

Meanwhile, in a notification issued by the Ministry of Social Justice and Empowerment in this regard, the three-member commission will also examine the changes that occur when the Scheduled Castes convert to other religions based on their customs, traditions, social and other status. In addition, it has been mentioned that the Commission has also been directed to examine the implications of granting Scheduled Status to the existing Scheduled Castes in the country.

The Constitution (Scheduled Castes) Order of 1950 allows only persons belonging to Hindu, Sikh and Buddhist religions to be recognized as SCs. While many petitions have been filed in the courts against this, it is to be noted that the Supreme Court has recently questioned the position of the central government in these petitions.