3 procedures for joining the Sharjah Women’s Club, the most important of which is the “ethical aspect” 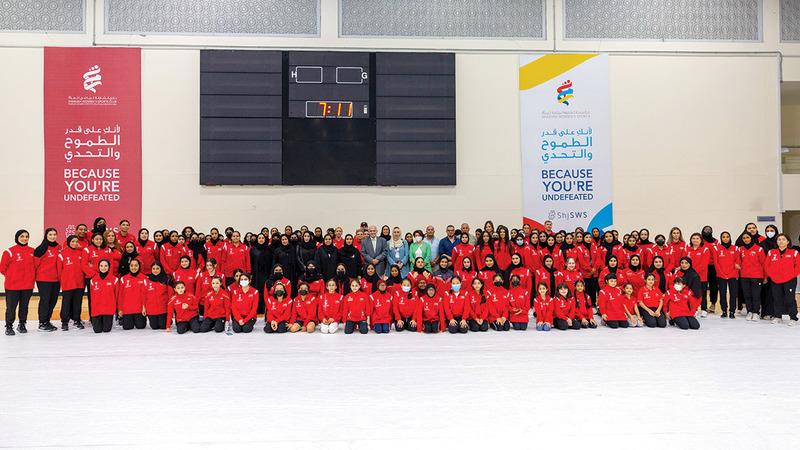 The Sharjah Women’s Sports Club set the new procedures adopted for affiliation in sports teams, during the meeting organized by the club yesterday, with the start of the new sports season, in the presence of the club’s deputy director Hind Al Hosani, all the club’s players and the technical and administrative work teams, where the meeting witnessed visual explanations of the set of procedures. As well as the special media requirements for conducting interviews in the media of all kinds.

The procedures included three levels in team and individual sports, during which the players will be selected according to technical and physical criteria, taking into account the aspects related to the extent of commitment to the average hours of training, as well as the ethical aspect, the application of the principles and lofty values ​​of sports, positive behavior and high sportsmanship.

Hind Al Hosani confirmed that the club succeeded in promoting the concept of women’s sports practice, and opened the way for the female element to shine in the championship fields and various sports forums, with an integrated and comprehensive vision, and an ambitious strategy adopted by the wife of His Highness the Ruler of Sharjah, Her Highness Sheikha Jawaher bint Muhammad Al Qasimi, President of the Sharjah Foundation For women’s sports, which resulted in many honorable gains and successes for the women’s sports sector in the Emirate of Sharjah.