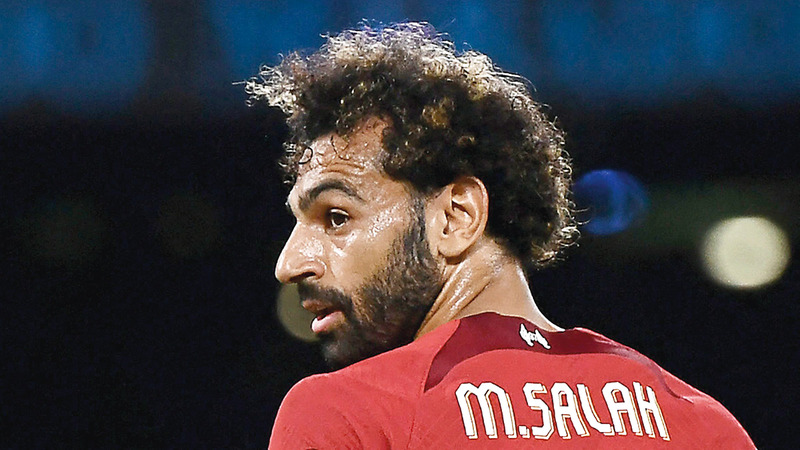 The Liverpool team is in a difficult situation at the start of the current season, at the local level in England, as well as in the Champions League. The analyzes proceeded to explain the significant decline in the level of the team, which occupies seventh place in the English Premier League, six points behind the leaders Arsenal, and suffered a humiliating defeat at the start of its journey in the Champions League, the day before yesterday, at the hands of its host Napoli 4-1. On the team’s top scorer, the Egyptian star Mohamed Salah, who is currently going through difficult days, as he has scored only two goals in seven matches so far with Liverpool, including a match in the “Champions”. Three reasons appear to explain Salah’s decline, including the transfer of Senegalese star Sadio Mane, who has formed over the past five years with Salah the striking offensive force of the team, as they contributed either by scoring or passing in 338 goals, including 156 for Salah, and 107 for Mane. Mane was providing spaces for Salah, in addition to that he was in agreement with him, and they have always exchanged roles in the Liverpool attack because of their close level and specialization at the level of attack. Salah’s decline can also be explained by the technical choices of German coach Jurgen Klopp, who pushes young Elliot and the Uruguayan newcomer Darwin Nunez to the center of the attack, which reduced Salah’s role compared to previous years, as his participation in goals became rare, which also explains his absence from the scoring when the team won With nine goals against Bournemouth.

On the other hand, Salah was also criticized that he was no longer motivated to register and present the accustomed level, after he obtained the great contract he desired, as his contract was officially renewed at the beginning of the season, to continue with the club until 2026, and his annual salary rises from 14 million to 21 million euros.