30% of remand prisoners in Indian jails are Muslims 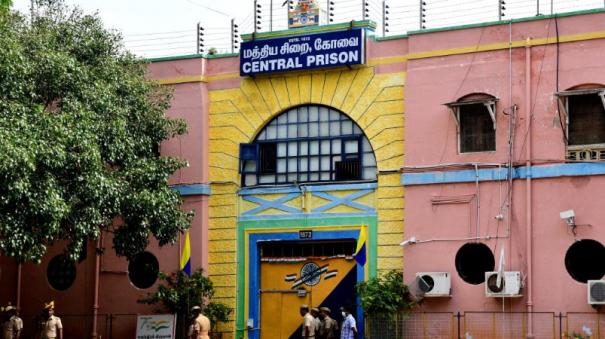 New Delhi: It has been revealed that 30 percent of the total number of remand prisoners in Indian jails are Muslims. This is more than twice the percentage of the total Muslim population in the country of 14.2 percent. This data has been revealed by the National Crime Records Bureau’s report for the year 2021.

In prisons in India, Criminals (who have been identified and convicted by a court of law for an offence), Interrogatories There are four categories of prisoners namely (prisoners in pending cases in court) remand prisoners (legally detained without trial) and other prisoners who do not fall under these three categories. Of these, the fourth category is very rare.

In particular, 61 percent of convicts and 41 percent of under-trial prisoners in Assam’s jails are Muslims. 34 percent of the state’s population is Muslim. Gujarat, Uttar Pradesh, Haryana and Jammu and Kashmir have more Muslim undertrials in prisons than the total population on a relative scale.

Number of Hindus: The table below shows the total population of Hindus in India as per the 2011 census and the percentage of Hindus among convicts, undertrials and remands in Indian prisons as of 2021. In which blue represents the percentages of criminals, yellow pre-trial prisoners and green remands. 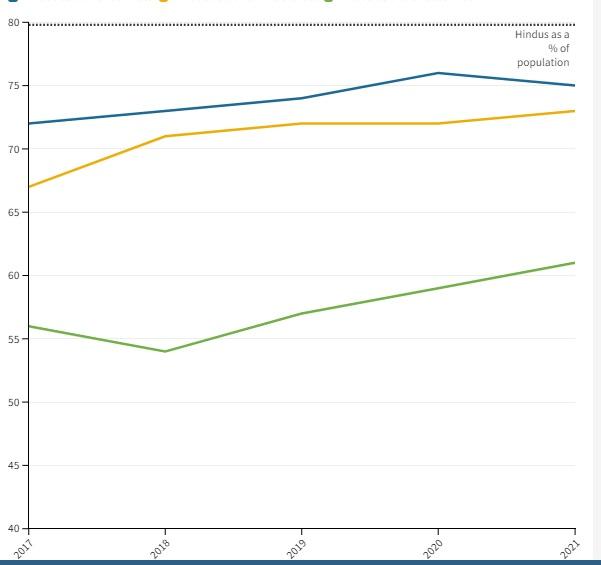 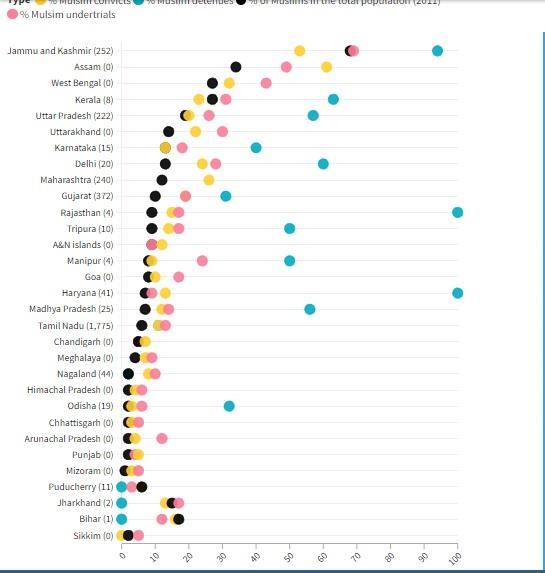 Prisoners and undertrials are not segregated by religion in the state of Maharashtra. Andhra Pradesh, Telangana are not taken into account as population divisions are not available..

Information Support: The Hindu English Daily. Tamilization of an article written in English by Vignesh Radhakrishnan and Jasmine Nikalani.